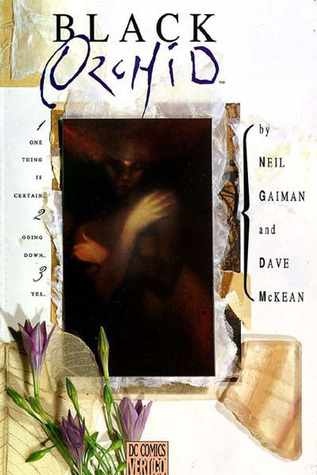 Black Orchid was the first comic of Neil Gaiman’s I’d read. In one sense it’s unusual for him in that it deals more directly with “regular” superheroes than his other works, featuring an established minor hero and appearances by familiar heroes and villains.

But the imagination and lack of strict adherence to convention that would mark his later work is present here too, and makes Black Orchid anything but a normal superhero story. There are twists, themes and heavy mythic overtones that give this a unique feel even 20+ years later. The questions of self-identity and morals raised are particularly interesting.

The art here is phenomenal, some of my favorite I’ve seen from McKean. It more defined than his usual and gets abstract when the story calls for it. The use of color is incredible, and the default grey scale of supporting characters really highlights it. 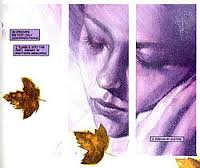 Although not as revered as some of his other work Black Orchid is a wonderful shake up of the superhero genre by Gaiman that still holds up. And McKean’s breathtaking art is not to be missed.