As a longtime fan of women’s wrestling I’ve been hopeful and excited with some of the developments over the last few years. Another potentially huge breakthrough is the currently taping Mae Young Classic tournament in the vein of last year’s Cruiserweight Classic. The participants represent a wonderful variety of styles, countries, and experience levels. The assembled level of talent is incredible.

I’m familiar with a majority of the field, and nearly half of them have previously wrestled in Shimmer (a fantastic Chicago based women’s wrestling promotion – find more information here).

The participants were not fully revealed until just before the first round was taped. As such there were no matchups to consider nor brackets to analyze until now, when half the competitors have been eliminated. Based on results from that first round there are now apparent brackets, and I’d like to take a shot at predicting how it will all turn out for fun. Given the circumstances however doing so will contain spoilers for last night’s round 1 matches. Here’s the place to stop reading to avoid them. 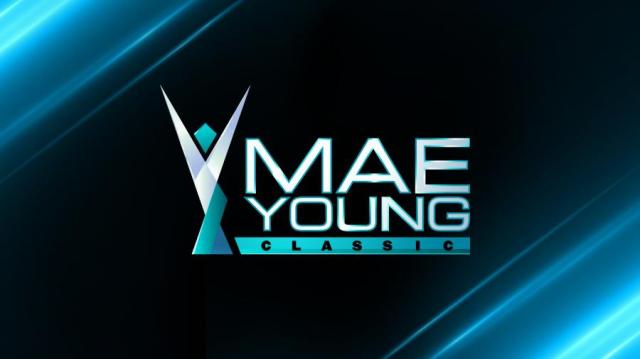 I’ll be trying to predict what I think they’ll do, not necessarily my preferred results (although there really are no bad choices here).

Edit 7/15/17: I’m not going to get into later round spoilers, but I will say the apparent brackets were not correct, so in retrospect this post is largely fantasy booking. Still interesting to see what I expected vs what came about though, so I’m leaving this up.

This is a really interesting matchup, with an international veteran against a former WWE superstar coming out of retirement for the tourney. Either one is a solid pick to make someone look strong later by putting them over. I’m expecting a mini Brian Kendrick in the CWC story for Deeb, so will go with her.

The conversion Baszler’s made from MMA to pro wrestling has been incredible (as I’ve talked about here), and she has a great opponent here in the perhaps underrated Niven (who I know as Viper). The former’s MMA skills against the latter power and size should be a lot of fun. Seems too early for the MMA star to exit, so I expect Niven will come up short after a solid showing.

This indie main event is perhaps the hardest to call. Both are excellent, experienced competitors, with Mercedes in the business longer and really on a roll lately but Yim also putting on the performances of her career and having perhaps a slightly higher profile due to her extensive time in TNA. It’s a coin flip really, so I’ll go with my personal preference.

I was originally thinking this would be an easy call in the former Kimber Lee’s favor, but as I research the newcomer Ripley she seems like exactly the kind of underdog that could go far (especially with Dobson and Kay Lee Ray gone already). And the solid Laith is destined to make someone else look good on her way out at some point…

The former Evie is under contract and could really make a splash with a win here, but Toni’s a big enough name that her taking this one and putting Candice over in a big way and into the semis next would be a big deal. There’ll be time to build Kai (and get a match between her and Sane) later.

Another tough call here. Evers is regularly in NXT and the daughter of Paul Ellering (although they’ve obviously chosen not to play that up much given the name change), while Candice is an indy darling and seems to be the Cinderella story outsider pick. I think there’s more upside to continuing Candice’s run.

Honestly no idea. Both are under contract, I’m not familiar with either, and whoever wins is fodder for Sane in the next round either way. I’ve heard slightly more buzz about Evans, so will go with her. This is a case where I think the opportunity and spotlight on both will matter more than the result.

This was one of my dream matches for the tournament, particularly after seeing Savoy wrestle a variety of Joshi talent in Shimmer. Savoy is another wrestler I’ve written about as a rising star and the sky’s the limit for her. But Kairi’s already there and there’s no way she goes out in round 2. The match should be incredible.

So these matches are of course all theoretical based on my predictions above.

Deeb will eventually make someone look like a world beater, and I think it’s Baszler right here.

My gut and preference says the indie veteran should go over, but I think the upsets continue and Ripley shocks her way into the semis.

I think this is about Candice overcoming the odds and advancing to face Sane.

Kairi’s run won’t end before the semis at the absolute earliest.

The first match it feels like Kairi could realistically lose, but she won’t. To the finals she goes.

This is the match it seems the brackets are set up to give us, and it would be an appropriately fantastic end to the tourney. Either would make a great inaugural winner. As much as I’d love to see Kairi take it, I think like with TJP in the CWC WWE will go with someone signed during / as a result of the tournament, with the already contracted Sane coming up just short (which honestly won’t hurt her at all).

It’ll be fun to watch the result roll in and see how incredibly wrong I end up being. Hope every one enjoys the tourney!