As in the past, I’d again like to look at some of the best games that I’ve tried for the first time (relatively) recently.

5. The Captain is Dead 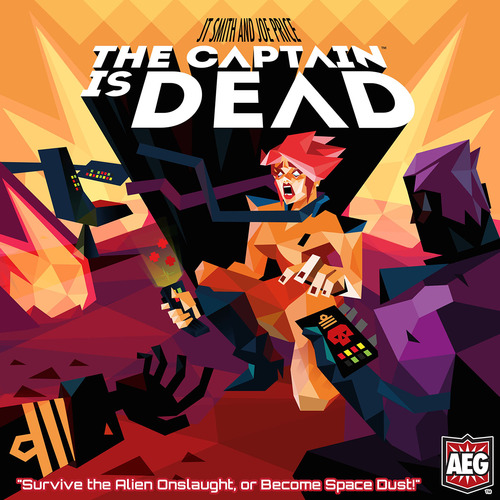 If ever there was a game that exceeded my expectations, it’s The Captain is Dead. The odd premise is incredibly fun and engaging from the moment the game begins, as well as being ingeniously integrated into the gameplay and highly engrossing. There’s a real sense of entropy that the players need to get ahead of to succeed. Great co-op all around that’s highly recommended for anyone who’s ok with reactive gameplay and the quirky sci-fi setting. 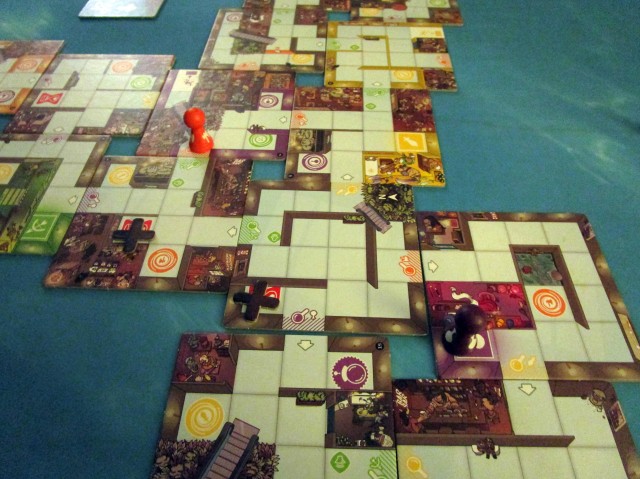 The premise of Magic Maze completely ridiculous. The pawns represent a party of adventurers that need to resupply and have decided to rob the … local mall. Yes, really. 🙂 The players share control of all four of them and try to map out the mall, get each adventurer to their favorite shop simultaneously, then get everyone out.

Overall Magic Maze is a fantastic real time co-op that features phenomenal design and brings something new and fun to the genre. It made a strong positive impression on everyone I’ve played with, and is a great addition to the game closet. 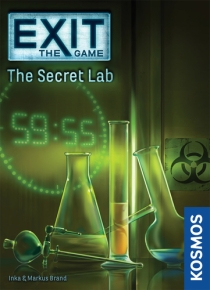 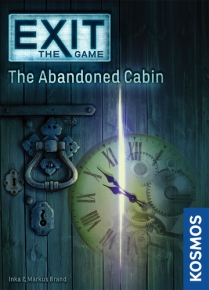 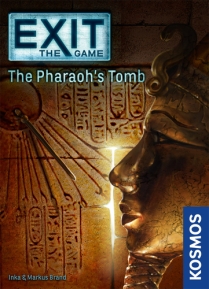 The Exit games are the best Escape Room inspired home games I’ve played. Embracing a low cost point so they could make the games single use, the designers take full advantage of having components that can be cut, drawn on, and otherwise destroyed to create really clever puzzles and thoroughly engaging experiences. All three I’ve tried have been quite impressive and fun, and capture some of the wonder of playing actual escape rooms.

More thoughts on the series. 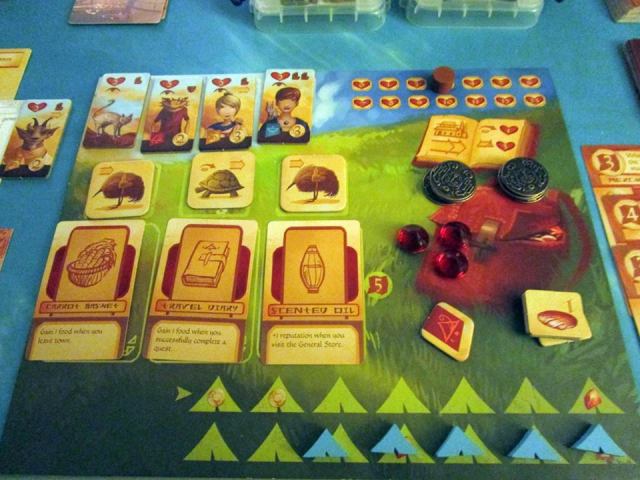 Near and Far is a gorgeous adventure themed game with high production value, great atmosphere, and a real feeling on progress and exploration. The story elements are wonderfully integrated and enhance, rather than disrupt, the competitive game mechanics. With several game modes, maps, and variations this is a deep game with high replayability. 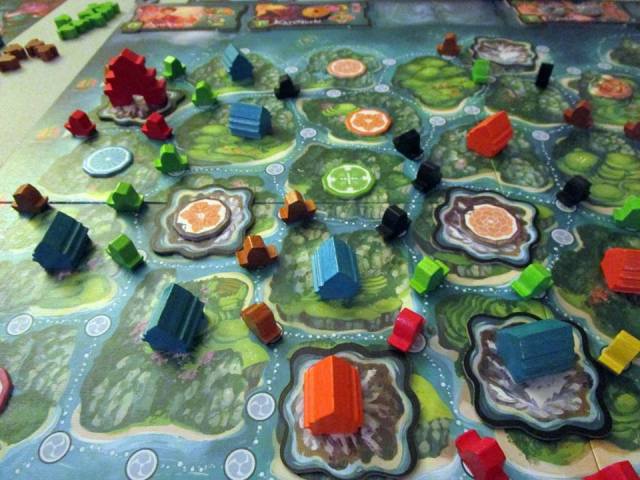 Yamatai is a great area claiming game that’s reasonably accessible yet achieves significant depth due to modular setup, the variety of action choices available, and needing to properly exploit boats/resources placed by opponents. There are a lot of interesting choices every single turn and subtle underlying strategy and tactics to experiment with. I’ve played two and three players and the dynamics were quite different while still retaining the same feel and appeal. This is a fantastic new addition to my collection that jumped right into my list of favorite games.

That’s it for now. It continues to be a great time for gaming, and everything here is well worth at least giving a try.

What are everyone else’s new favorites?