Dimension W springs from the always intriguing idea that a world is defined by its power source. It’s 2072 AD and “coils” based on the work of Nicholas Tesla provide near unlimited power, but are strictly controlled. Dimension W follows a bounty hunter of sorts (called collectors) who retrieve illegal coils, as well as a robot who may be more than she seems. 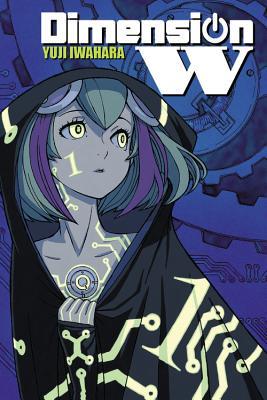 Dimension W presents a captivating world and is dripping with potential. The main character is stuck in the past but capable of operating in the current environment, which provides a nice contrast and a great lens through which to view the unfolding events. Using skewers as his weapon of choice is offbeat and defines his character instantly.

With a compelling main character and a wonderfully imaginative world, Dimension W is set up well to present its story, which is already layered with interesting themes about the nature of A.I. and robots as well as the lengths of price of “keeping order” and how far it can be pushed. I’m excited to see how it all goes as the series builds momentum in future volumes.