In addition to the general high quality of NXT’s in ring action, it is currently populated with numerous wrestlers I’ve followed for years before they came to NXT. Add in the fact that in all my time in the NYC area I’ve never been to a show at MSG, and I was beyond excited for NXT’s debut at The Theater at MSG. 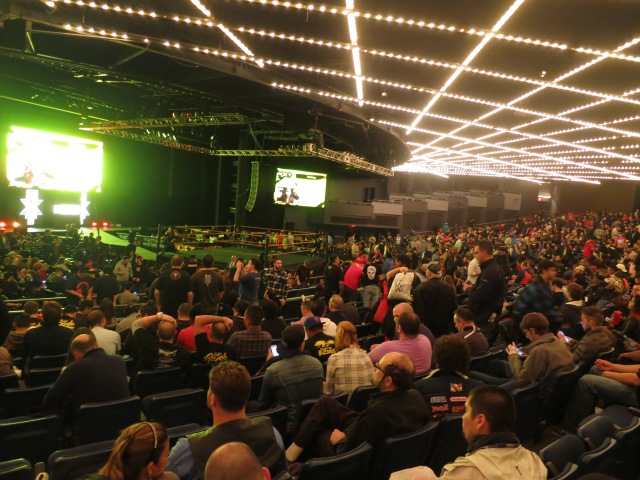 Just days away from NXT Takeover Toronto, WWE presented an NXT show that foreshadowed that event nicely and had great matchups that built throughout the night. The Theater is a good venue, with no bad seats and a fun feel.

The show opened with crowd favorite No Way Jose against Roderick Strong. As I’ll say about several others on this show, the crowd was obviously quite familiar with Roddy from his time at ROH, Evolve, etc. Jose has improved quite a bit since I first saw him, and had the crowd suitably fired up all match. These two had good chemistry and put on a fun opener leading to a feel good win for the crowd by Jose. Shane McMahon (who was watching from the front row) danced with Jose on his way out to a big pop. 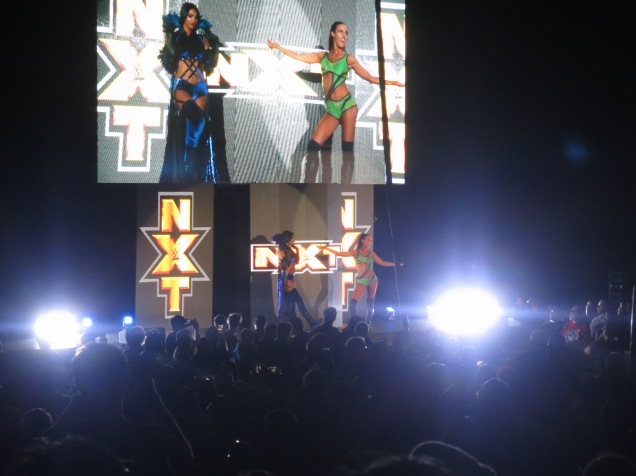 Tag action from the women’s division was next as  Peyton Royce & Billie Kay faced Liv Morgan & Daria. I think the heel gimmick / persona is really working well for the former Jessie McKay. The Jersey team got a hometown-like reception (including to Liv coming out eating pizza), leading to good crowd involvement for this one. The more established heel duo picked up the win. 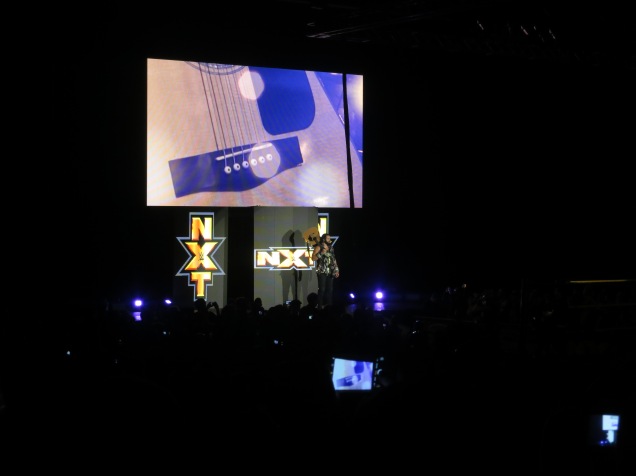 Elias Samson came out to sing and man did he get booed. Hard to tell if it was entirely “we want someone to come out and shut you up” heat or “we just want you to go away” heat, but I can see why NXT is trying to run with it. After a couple of verses insulting NY, he’s interrupted by Oney Lorcan to a big reaction. In addition to just wanting Samson shut down I again bet a good portion of the crowd was familiar with Lorcan from his indie days as Biff Busick.  Best match I’ve seen from Samson, as he and Lorcan had a decent, hard hitting encounter which the later come out on top of to please the crowd.

TM61 vs SAnitY (Alexander Wolfe and Sawyer Fulton). The SAnitY gimmick certainly has impact and presence. Not really familliar with Sawyer and Fulton, but they looked fine here as slightly psychotic bruisers. TM61 did some of their trademark high flying to keep the energy high here, and got a quick rollup in the end for the expected victory given they’re in the Dusty Classic finals. 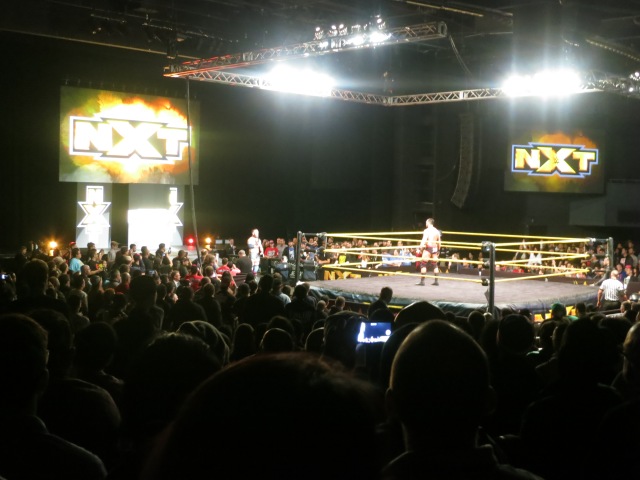 Eric Young joined his proteges for a beatdown of TM61 after the match, but was interrupted by Tye Dillinger making the save. The members of the tag match all bailed to the back while Young warned Tye about getting into their business and challenged him for “later tonight.” As the advertised lineup order would have it, Tye instead insisted it happen immediately.

Dillinger’s really coming along in refinement of both his ringwork and character and the audience was strongly behind him against SAnitY’s demented leader. The “10” chants were in full effect, including the audience taking over every count the ref did with “10” in place of whatever number was appropriate. I felt it was fine/amusing for this match, but when it continued later in the crowd it was wearing out its welcome. Like Daniel Bryan’s “Yes!” chants, when the crowd chants “10” when Tye’s not involved it could make it seem like the crowd likes only the chant, not Tye. Another feel good victory for the house show attendance here with Tye beating Eric. 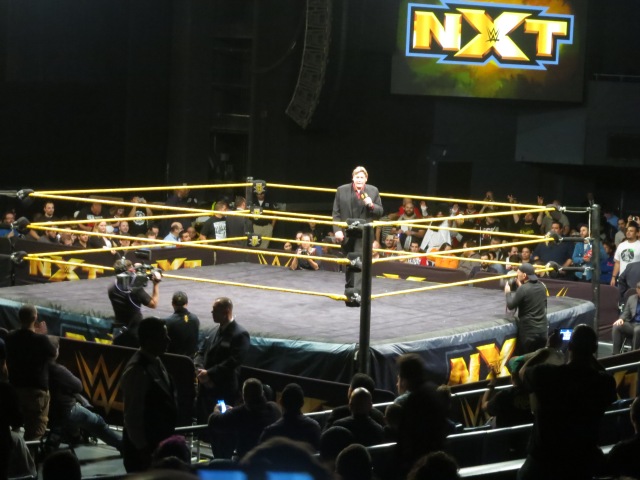 After intermission the show resumed with a surprise appearance by NXT General Manager William Regal who made a short statement thanking everyone for coming.

Cedric Alexander is a fantastic wrestler and received quite the ovation coming out, but it was admittedly dwarfed by the crowd’s explosion when the first notes of Bobby Roode’s theme hit. Roode’s act is odd, as he’s fantastic at making people boo during certain spots in his match with his commitment to his heel work, but at all other points in time the audience just eats his act up and cheers him like crazy.  A loud accompanying serenade of his theme from the crowd brought him to the ring, then in a … ahem… glorious moment when the song cut out just before the third repetition of the verses the crowd SANG THEM ANYWAY without the music. Roode was just looking around in wonder as our voices echoed through the venue. 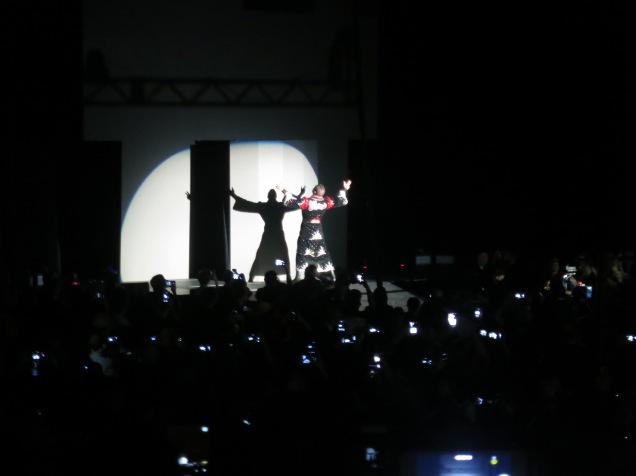 The match itself was great, and right up with the two title matches for potential match of the night. Roode’s at his best with a fast, explosive babyface to play off of, and Cedric certainly fits the bill. Roode sneaks in a low blow before hitting his finisher to put away the upstart. Would love to see an extended program between these two at some point. 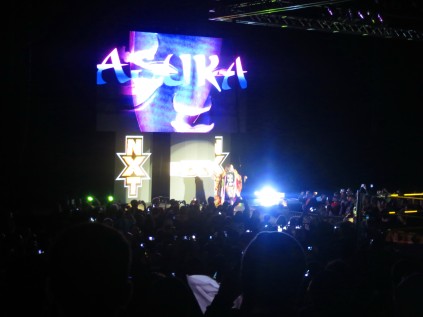 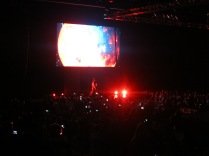 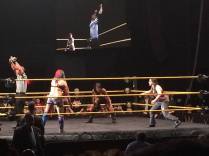 Asuka (c) defended her NXT Women’s Championship in a triple threat against Ember Moon and Nikki Cross. Always a joy to see my favorite wrestler ply her craft, and this was a particular treat as she faced two other Shimmer alumni in Athena (Moon) and Nikki Storm (Cross). Weird seeing Cross in a gimmick where she doesn’t speak much given her incredible promo skills, but she’s doing well giving an unhinged, dangerous vibe for her character. This was the expected solid work from the exceptional level of talent involved. 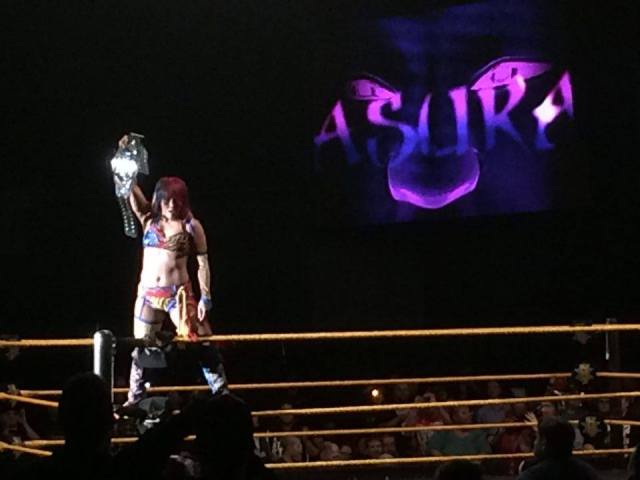 Speaking of Shimmer, I coincidentally saw Asuka’s Takeover Toronto opponent Mickie James’ return to the ring the weekend right before this show at Shimmer 86. It will be an awesome end to the week to watch them face off after getting to see each live in preparation. 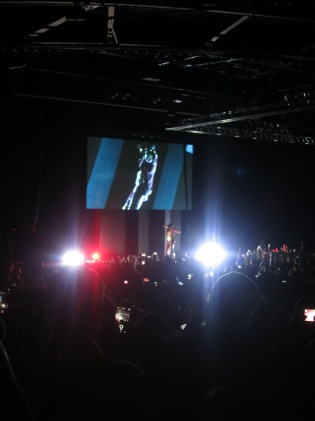 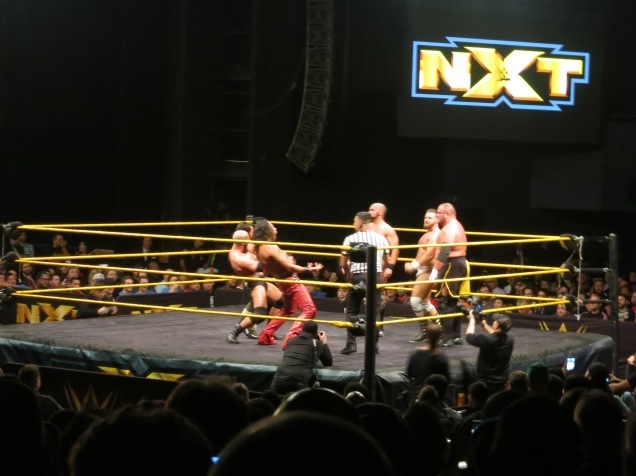 The main event was a star studded 6-man tag featuring Shinsuke Nakamura & DIY (Johnny Gargano & Tomasso Ciampa) vs Samoa Joe & The Revival (Dash Wilder & Scott Dawson). NYC loves it some Samoa Joe. Once the match started the crowd was firmly behind the babyfaces, but during entrances Joe got a pop equal to DIY and Nakamura. Speaking of entrances and Shinsuke, the audience did the Bobby Roode trick again and hummed Nakamura’s theme for another round after the music stopped. 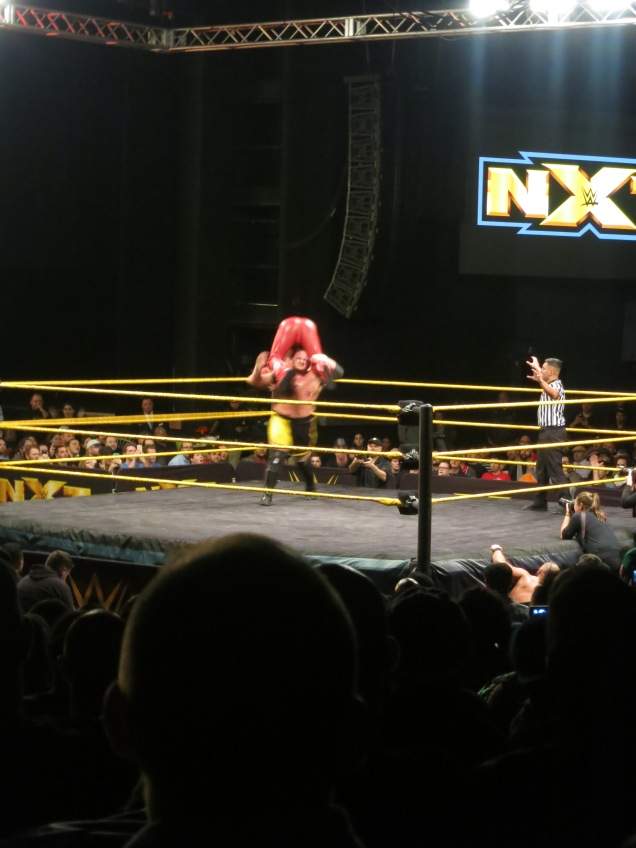 All six men are excellent in their roles, and with “Johnny Wrestling’s” firm fanbase and Nakamura’s one of a kind presence this was an electric main event. Both pairs of Joe and Shinsuke and DIY and Revival interacted in ways that whet appetites for their big matches this Sat. The faces prevailed here to cap off the night on a high note. DIY doing Nakamura’s pose with him afterwards was highly amusing.

Really good, fun show from top to bottom. Hope they did well enough to run The Theater again sometime, because it provided a great atmosphere.

*Thanks to David Powers for additional photos as marked.