Between Christmas Eve and Christmas Day I was lucky enough to see three Christmas shows, all with some celebratory elements. First was Gatoh Move at Itabashi Green Hall at 1pm on Christmas Eve. That evening I headed over to the Ice Ribbon Dojo for their Christmas show. 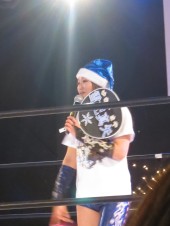 During the opening Maya Yukihi sang a (rather spectacular) rendition of “All I Want For Christmas” before the usual welcoming comments by various roster members.

The first match was Uno Matsuya & Kyuri vs Tequila Saya & Maika Ozaki. Everyone except Kyuri was new to me here. As I wrote about in The Future is Now 4, Kyuri really impressed me last year and I’m hoping to see her get more chances to advance. Here she showed even more of the instincts and skill I noticed last year, along with clearly being the veteran lead of the match among the three relative rookies.

All of the newer wrestlers looked good, despite getting a little lost at times (which with Kyuri’s help they recovered from nicely). Uno and Saya are already showing disctinctive styles and personalities, and seemed to be solid additions to the roster. Ozaki showed great flashes of power and has a ton of potential as a wrecking ball style wrestler. She was made to look strong defeating Kyuri for the win. 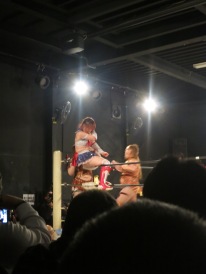 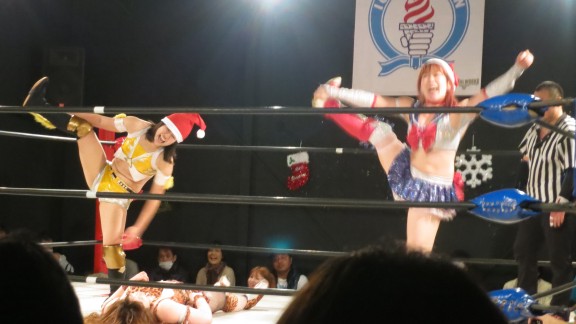 On the first show I saw during last year’s trip I was introduced to Miyako Matsumoto by seeing her team unsuccessfully and hilariously with Maruko Nagasaki, so I was extremely amused to find them teaming again here on my first IR show of this trip. Given their opponents were International Tag Ribbon Championship #1 contenders The Lovely Butchers (Hamuko Hoshi & Mochi Miyagi), there seemed little chance of the former team’s record improving.

Sure enough this unfolded exactly as expected, with some self serving antics from the Dancing Queen and and eventual victory for Hoshi & Miyagi. Miyako predictably hit at her opponent in frustration after the loss. The Butchers looked good as a team, keep their own playing around to a minimum and focusing on hard hitting tag team wrestling (which is where I think their strength is). Their performance here definitely increased my excitement for their upcoming title match against my personal favorite team, Avid Rival. 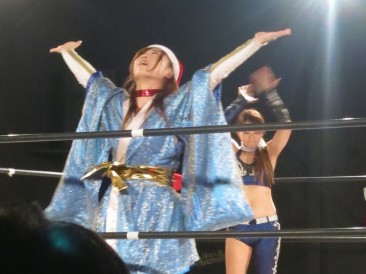 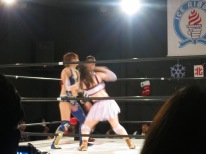 Tsukasa Fujimoto & Maya Yuhiki vs Kurumi & 235 was an intense tag encounter built entirely around the undercurrents of ICE Cross Infinity Championship semi-finalists Tsukka and Kurumi facing off. Their tense staredowns, one upmanship games, etc all worked well to crank up anticipation for RibbonMania and actually seemed to be teasing a Tsukka vs Kurumi final. Kurumi got to look like a bit of a beast here, using her power to get the better of Tsukka on quite a few occasions. Maya and (the rather underrated) 235 were on here as well, leading to a strong, compelling tag match. 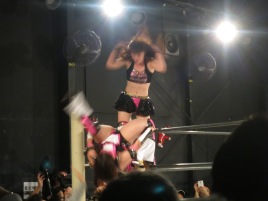 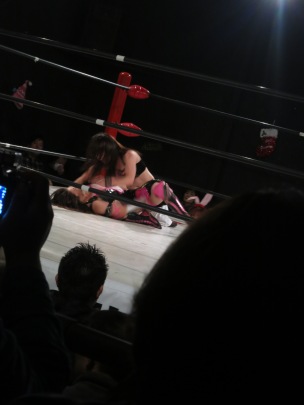 Rabbit Miu’s last match at Ice Ribbon was the main event, where she faced Tsukushi.  Decent main event and a fitting send off for Rabbit. She was clearly having fun out there wrestling a friend. Both are accomplished wrestlers so action was good too. 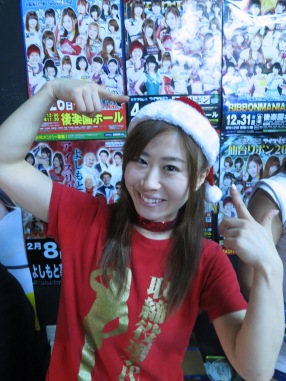 After the matches there was an extended roundtable with Tsukushi giving a goodbye speech to Rabbit in addition to the usual promos/comments.

Seemed to be some bluster from the remaining tourney participants, and that along with the semi-main tag provided good build for RibbonMania. Although the absence of one of the four semifinalists due to Risa performing in a play did hamper that momentum a little.

Overall this was one of the stronger top to bottom dojo shows I’ve seen, with great action and a lot of intriguing underlying stories.

[…] The vacating of the title instead of continuing on course for Tsukka attempting to break her own record seemed to open significant potential for some sort of shake up. Kurumi in particular looked like a monster in the last dojo show before this event. […]