As I’ve done in the past I recently took advantage of a long plane ride to catch up on a few movies I’ve been meaning to watch. Here are brief thoughts on three films I checked out this time. 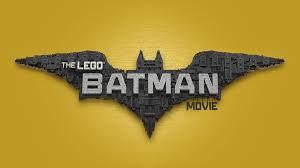 Exactly as expected. Silly and fun, with moments of depth and a metric ton of pop culture references and in-jokes. Not of all it worked, but the vast majority of it did and as a huge Batman fan in general this was highly amusing. 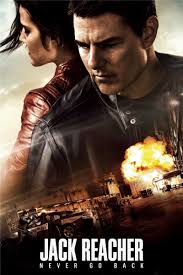 I gave this one a look because Tom Cruise movies in this vein are generally a decent enough way to spend a couple hours. And I hold to that opinion here. This was solid, providing nothing really ground breaking but was a good “spy” style action flick all the same.

I’d heard great things about this, and despite Wolverine not being a personal favorite of mine I found myself agreeing completely. The plot was layered and interesting, Jackman provided his most impressive, nuanced performance yet, and X-23’s introduction and portrayal was perfect.

These three very different films all fully embraced what they were to great effect. Logan’s the best here by a sliver over Lego Batman, with Reacher a clear third yet still enjoyable. Great batch overall and I could see myself watching any of them again.

I watched the first Jack Reacher movie, after having read several of the books. I couldn’t get beyond the disconnect of the Jack Reacher in the books and the Jack Reacher as Tom Cruise. I LIKE Cruise as an actor, but he’s just not even close to Reacher. So I never tried any of the other Reacher films.

Glad to hear about Lego Batman. I watched the original Lego movie and enjoyed it enough that I’ve considered giving this a shot.

This is my first Reacher movie, and I’ve never read the books. Somewhat lucky in that respect, since the disconnect would likely bother me too.

Original Lego was a little better, but they had fun playing around with this one and it shows.