Last Monday’s Gatoh Move show had a lot of important developments, most centered around a one-day, four person tournament to name Riho’s next challenger for her Super-Asia Championship at Riho’s birthday show on June 4th.

In a wonderful step that increases the accessibility of one of the most unique and fun wrestling companies anywhere, Gatoh has started uploading matches with English play-by-play. Currently new matches are being uploaded daily, and in an awesome move they shared the entire tournament yesterday. Short version: it’s great. Head over there now to watch without spoilers. Then/or continue reading for my thoughts and match results (including from the one non-tournament match one the show, which made this a rare four match show for Ichigaya).

This tournament came about after the May 1st Go Go Green Curry Cup show (more on that in a later post) where Mitsuru, Yuna, and Mei all expressed a desire to challenge Riho before she leaves Gatoh Move to go freelance in July. A reluctant Emi, enduring a particularly bad day with her ever present back problems, eventually accepted her spot as the fourth participant.

As I like to explain to start my Gatoh Move reviews, the Ichigaya events are held in a small room with no ring and two large windows on one wall which are removed for the shows. The crowd itself is effectively the “rope break” marker and the wrestlers will sometimes use the front row to bounce off of for “running the ropes” and the windowsills to jump off of for high risk maneuvers. The limitations of the venue restrict the action in ways compared to “normal” matches, but also provide opportunities for creative variations on standard wrestling elements.

Pictures are not allowed during the show but can be taken afterward, so my pics here won’t contain anything from the matches and will only be of the roundtable and dancing following the shows (as well as of some souvenirs). 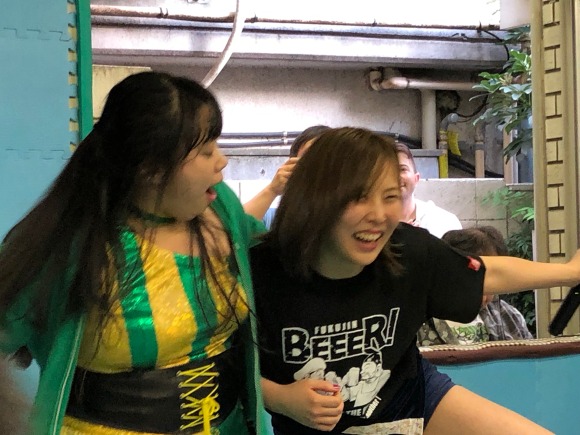 The previous Saturday Mitsuru was pulled from Gatoh’s show due to an injury to her right arm suffered during practice earlier in the day. Here she had it wrapped, was favoring it heavily, and seemed unable to really straighten it fully. I really hope she wasn’t pushing herself too hard taking part here.

That said, this was the usual masterclass in Gatoh Move on making the most of what’s available and woking within constraints. Mitsuru’s arm became the story of the match, with Yuna continually targeting it and taunting Mitsuru in ways like refusing to shake her good arm and insisting on the injured one (which of course caused Mitsuru to angrily slap the hand away). This was top notch story telling by both, with a gutsy performance by Mitsuru and excellent work by Mizumori to take care of her injured counterpart while putting on an exciting, engaging match. Mizumori’s onslaught was eventually too much and she pinned Mitsuru to advance to the finals.

Would have liked to see what this would have been without the injury of course, but instead of letting it hamper things they capitalized and built around it to produce an excellent match. And Mitsuru did not let her arm slow her down at all, which as with her mentor is both incredibly impressive and a little worrisome long term. 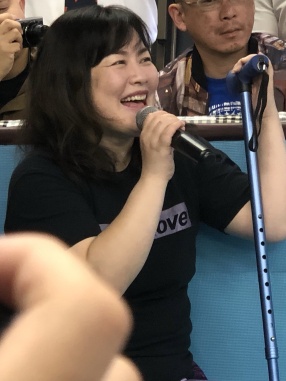 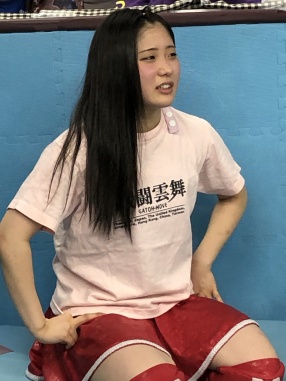 This was a rematch of the best match I saw during my trip last fall.  Speaking of Mitsuru’s mentor and not letting anything stop her, Emi Sakura, who was using a cane to move around, once again put on a clinic while nursing a bad back. Again making a potential weakness a strength Sakura’s back was the story here, with her unable to lock in certain moves, Mei targeting it, and Sakura even resorting to getting her cane involved. More great stuff for Gatoh’s regulars. Mei eventually tied Sakura up just enough to keep Gatoh’s founder down for 3 and move on to the finals. 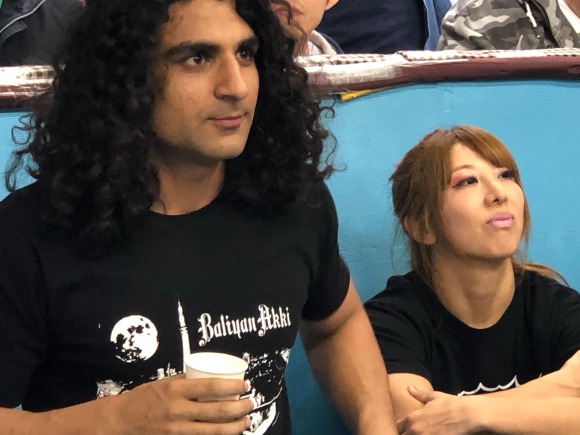 While giving the tournament participants a break before the main event, this match was also a ton of fun on its own. Riho embraced teaming with the gravure idol, and there was a lot of posing and playfulness going on. Cherry played full heel here, drawing an initially confused Akki along into full on antics by the end. Light and entertaining yet of course anchored with strong wrestling. Cherry pinned An-Chamu to prove underhanded tactics sometimes do pay off. 😉 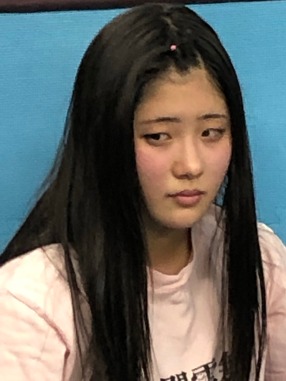 So Gatoh’s two super-rookies faced off to see who would challenge for the company’s top singles title. They are both amazing, particularly given both have under a year and a half experience. It’s interesting that with all the (rightful) buzz about Mei that I think that Yuna’s equally impressive start in pro-wrestling gets overlooked a little, even though she’s already a two-time tag team champion in Gatoh.

This was a blast, with a hyper aggressive Yuna repeatedly charging and trying to overpower the hyper quick Mei. While Mei seemed the favorite for the tournament did eventually best Yuna to become Riho’s next challenger, this really could have gone either way and was gripping right up to the end. Great stuff.

Yuna was crying in frustration after and during the roundtable, a feeling that clearly extended to Mitsuru as well.

Special guests Dann and Emily Read, who were a joy to meet and talk to, appeared after the roundtable (with translation help from Akki) to talk about being in Japan and taking in around fourteen shows scouting talent. They said one wrestler impressed them more than anyone else, and would be getting a straight shot into their SHE-1 tournament without needing to go through a qualification match, something they only ever did before with Meiko Satomura. There seemed two possibilities and with that lead up I was leaning towards Riho, but it was in fact the other and Mei is going to London this fall! Huge, well deserved opportunity. Big day all around for her.

During the roundtable Gatoh talents wear t-shirts over their gear. When Dann finished the announcement he gave Mei an Eve t-shirt and she quickly and excitedly took off the one she was wearing to put it on in a really cute moment. 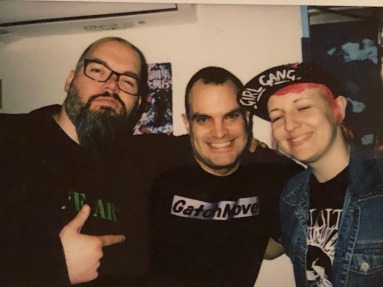 Pics with Yuna and Mei and great artwork featuring them by Shining Wizard Designs.

Great show, perhaps one of the best I’ve seen at Ichigaya, with a ton of significant things happening around excellent wrestling, And in a somewhat unusual case for Gatoh I can recommend going online right now to check out a majority of the show, so do so. 😉

[…] Joshi Puroresu” or Anyone’s Women’s Professional Wrestling. Run by Gatoh Move founder Emi Sakura, the idea is to offer a suitable environment for any woman, regardless of age, […]

[…] Sakura, but a month before that she had her final defense of the Super Asia Championship. Mei won a one day tournament to earn that title shot. She would come up short despite a great effort, and Riho vacated the […]