“Twist reality to fit your guesswork too much and you’ll break something, Detective.” 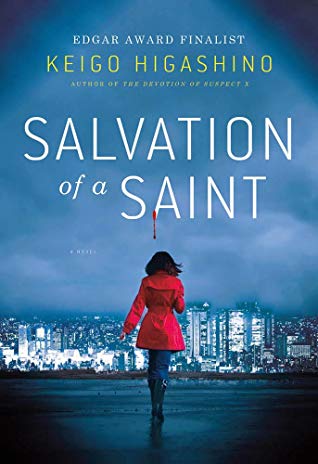 This is apparently the fifth Detective Galileo book, although it’s labeled as the second in the US as only two of the first five have been translated. Since the other released book over here was the third and the stories are supposedly stand alone I started here due to this coming up for a book group read.

From a mystery point of view can be this can indeed be read without previous knowledge. Nothing in the mystery depends on nor spoils anything in previous books, so this stands alone from a plot point of view.

However it felt some recurring characters in the series weren’t properly introduced for new readers. For nearly half the book the titular character was nowhere to be seen, and the brief scene that finally brought him in gave little introduction (seemingly either expecting the readers to be familiar with him from prior books or not feeling any was necessary).

The detective that got the most “screentime,” and thus the defacto point if view character, acted a bit like an idiot as the book goes on. This made it hard to get into the dueling agendas and theories between him and his new junior detective, and for a majority of the book I was as annoyed as I was intrigued. I also felt certain things were foreshadowed too much and others not explained enough, although that’s admittedly an extremely difficult line to walk.

On the other hand, the mystery itself was interesting, when the characters got out of their own ways things progressed well, and there was clearly a lot of thought and creativity underlying the story. Also, part of my frustration was due to wanting to know more about the characters and for them to be presented better, indicating they are a reasonably interesting and potentially engaging bunch.

So I have major mixed feelings about this book, but despite some flaws and missed potential this is a solid “howdunnit” at its core, and just engrossing enough for me to give it a cautious recommendation. I would be open to giving the series another try.