Stonemaier Games has quickly established itself as an excellent publisher that provides games of high quality both in terms of gameplay and production. Viticulture and Euphoria instantly became two of my favorite games, and the Treasure Chest series of gaming tokens are a wonderful series of premium resources token to “upgrade” a variety of games.

So I was quite excited to try out their most recent offering, Between Two Cities. Despite being the first of their games not designed by their founder Between Two Cities keeps up their extremely impressive track record, proving they are as good at recognizing great games as they are at designing them. 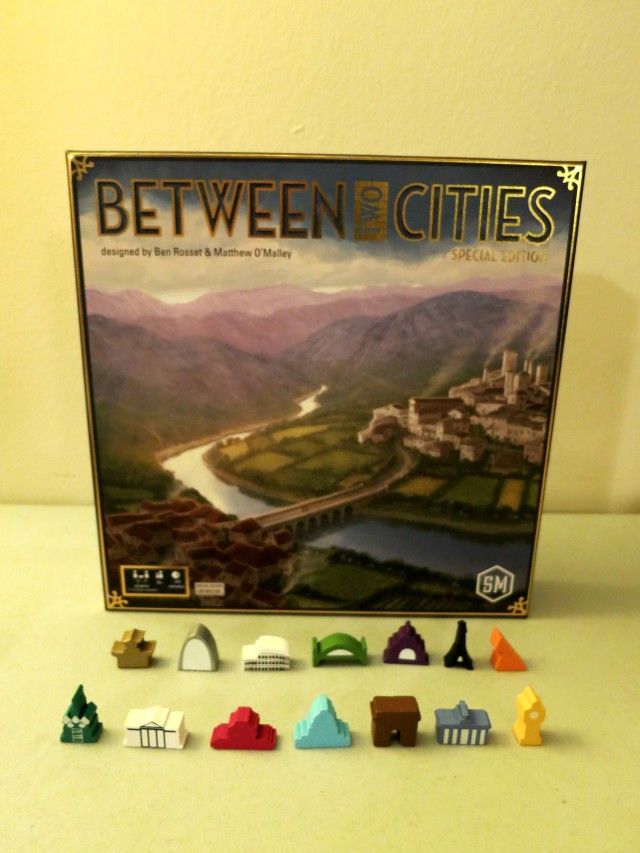 Between Two Cities combines tile laying and drafting, but the real innovation is a concept of “competitive co-op.” Each turn you choose two tiles from your hand and will play one into each city on either side of you. Your opponents will do the same, so you are cooperating with those players to build the cities. There is only one winner however and your score at the end of the game is that of your LEAST valuable city, so balancing things is key.

The different buildings pictured have different scoring schemes, so there’s a fair bit of strategy involved in selection and placement. In rounds 1 and 3 each player places 3 single building tiles in each of their adjacent cities, choosing two tiles to play from rotating hands each turn. In round 2 each player places a single double building tile into adjacent cities. The variation in tiles, as well as the restriction that all cities must be a 4 by 4 square at the end of the game, gives additional depth and challenge without making things too complicated. There are tiebreakers outlined, but they come up much less than one might think. 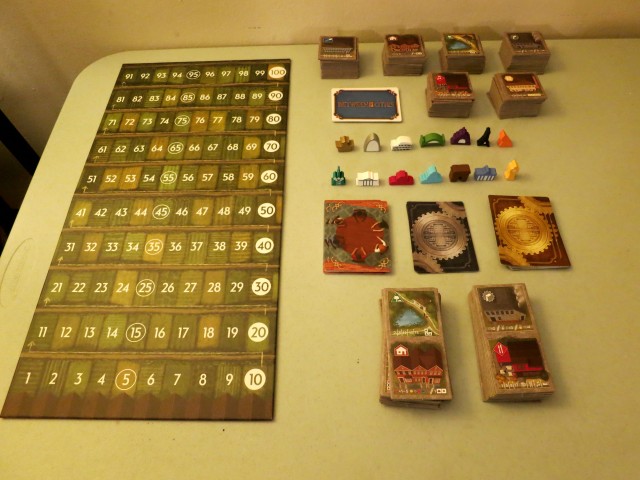 I’ve played this twice so far, once with 3 players and once with 6, and enjoyed it quite a bit. Unlike most Stonemaier games though this feels quite different at the different player counts. With the minimum players we could all affect everyone else’s cities, so it became very adversarial when someone jumped out ahead. The other two players were sabotaging those cities to let the one city lagging behind catch up. This led to a slight problem we had with the rules as stated.

It’s not always best to be optimal in placing your tile if one of your cities is far ahead of the other. In these cases it matters who places their tile first. The rulebook discourages this “in the name of cooperation” and offers a halfhearted order when needed – the same as seating order determined at the beginning of the game. But at the end of the day each player is trying to win on their own, so cooperating to the fullest on a city when it’s only going to help your opponent win is poor play.

The problem that comes up is that with the order as stated every single time you place tiles, the same person always goes first in each particular city (because the original seating order never changes during a game). This was a HUGE advantage, as both “behind” players were before the player who was in front, so we got to play tiles in her cities first EVERY TURN. She managed to hold on and win by a point anyway, but the issue came up again in the larger game to some extent and we decided afterward to use a rotating “first player” marker to decide this in all future games. 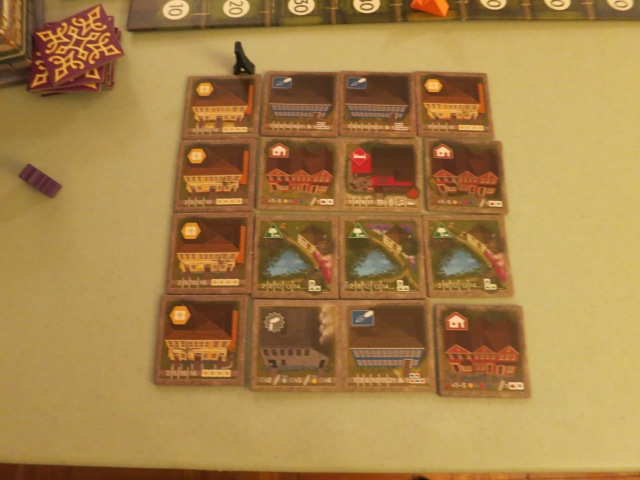 Because of not having direct influence over every other player the 6 player game was more interesting and seemed more in line with the intention of the game / theme. It was fun both ways though.

The component quality is up to Stonemaier’s usual high standards with nice, thick playing tiles and cool wooden city markers shaped after famous landmarks (I got the deluxe Kickstarter edition so I have extras pictured – the retail game comes with 7 different types). The game design is decent, but the roofs take up too much of the tiles and make the art look a bit bland. Very minor criticism though.

One particularly phenomenal thing about this game is that is plays pretty quick, and it DOES NOT INCREASE with more players because everyone’s making the same few decisions at the same time. I’ve never encountered a game before that scales without significant additional time. Great aspect that makes this quite versatile in terms of fitting it in to our gaming plans for the day. 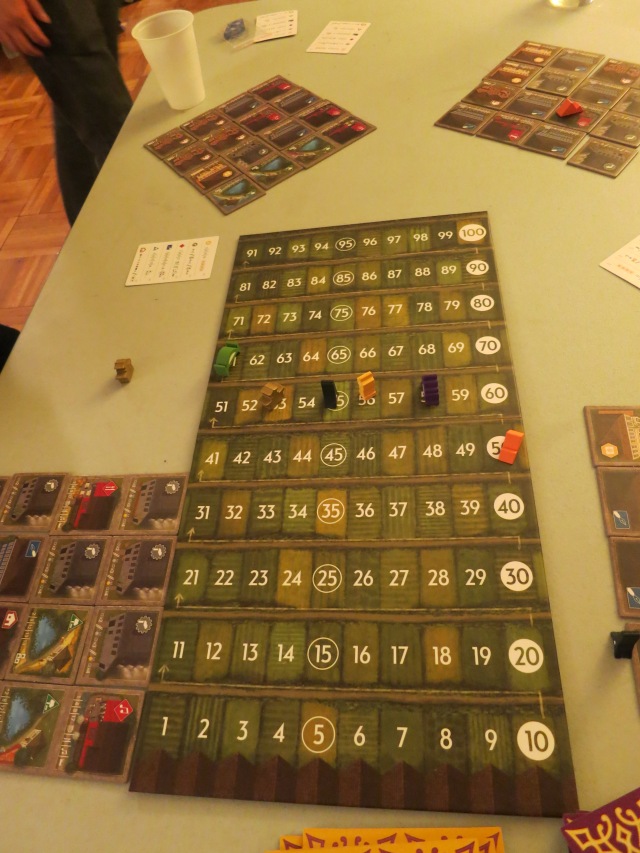 Between Two Cities is another excellent offering from Stonemaier Games. The “competitive co-op” idea was quite brilliant and equally well executed. The combination of tile laying and drafting elements makes this plays like no other game I’ve ever seen, which is a huge plus with me nowadays. Definitely a worthy addition to the game closet. 🙂