Tatsumi dreams of joining the Capital’s garrison with his friends and earning the money needed to save their country village. But there are worse things than just monsters in the Capital… 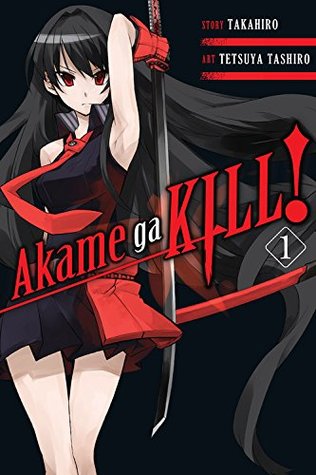 Akame ga Kill doesn’t take long to crank up the tension and stakes in this introductory volume. It’s dark and gruesome in its depiction of the horrible realities faced by the general population and the root cause of it all, as well as the extreme measures being used to fight back. The core characters are doing bad things for good reasons, but are fully conscious of it and have no illusions about being righteous. This self-awareness is a good sign for future thematic depth of plot and characters.

There is a large cast and a lot to establish, so at the moment several characters are a bit one-note, and the violence both in premise and implementation of the story could drive some readers away. The art, while decent overall, is quite dark and sometimes muddled, making the action scenes hard to follow.

However despite the small flaws I am intrigued with the general setup as well as Night Raid and their mission. I can see myself continuing with this if I get a chance.