Mainframe is a nice little abstract game themed in the Android Universe. 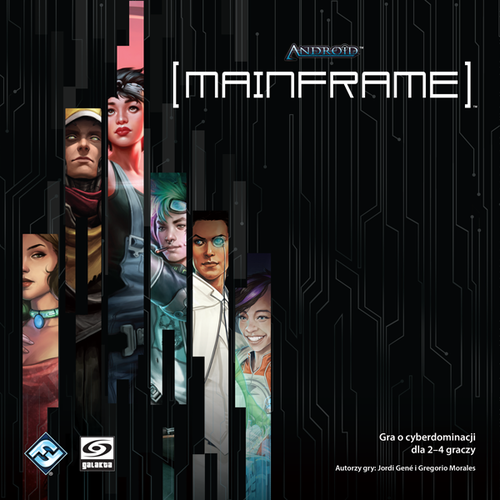 Players take the role of one of six possible runners (hackers) trying to secure the most of an infiltrated mainframe for themselves. Players place nodes (tokens) on an 8×6 board and try to enclose their nodes with barriers by executing programs (playing cards) both from a generic supply available to all players and from a hand of a few unique cards representing their particular runner’s abilities. Programs generally add, move, or swap nodes and partitions to/on the board. Endgame scoring depends on how large your enclosures are and how many of your tokens are inside each.

The theme is well done, adding some flavor to what’s strictly speaking a pure abstract in gameplay. The characters have a nice bit of backstory that ties to their cards, such as one being an intrusion expert and thus having “programs” that generally revolve around manipulating “entry points” (nodes). The facts that you play with three of your character’s five special cards in any given game and that there are more different characters (six) than max players (four) seem like they’ll add a good amount to replayability.  There seems to be a decent amount of depth for how simple and easy to learn the rules are. 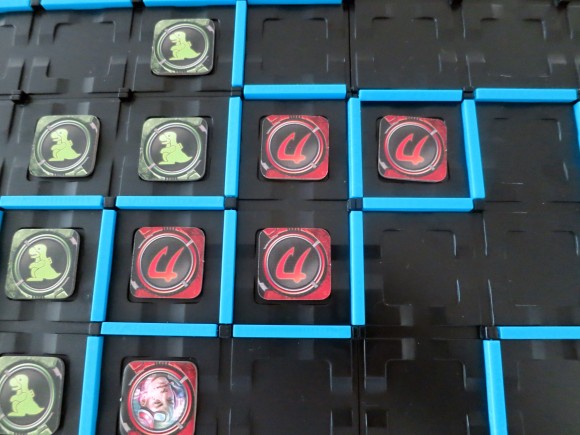 The board seemed a little big for two players, but it was workable and with numerous cards that can reposition nodes the board layout changes often so the size isn’t that big a deal. I feel like things will be much tighter and harder to adapt to with more players though, and am extremely intrigued to play that way.

Fast to learn, fast to play, more thematic than most abstracts, and fun. Great addition to the gaming closet.

One reply on “Android: Mainframe Board Game First Impressions”

[…] Mainframe is a great little abstract that I find myself introducing people to often. It is incredibly easy to pick up, largely due to taking the basics of the children’s pen and paper game “Dots” and turning it into a “full fledged” game in such a way to keep it accessible while also achieving a decent level of complexity. Further thoughts here. […]