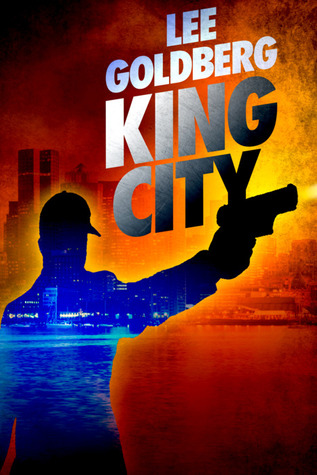 Tom Wade is a cop driven by doing what’s right. So while he’s not beholden to every rule and law he’s ever met, the corruption in the major crimes unit he’s assigned is too much to overlook. He secretly helps the justice department build a case against the others, and when their successful prosecutions are over and the dust settles, he’s promptly given a “lateral move” by a police chief who felt Tom should have come to him so things could be “handled quietly.”

Tom’s sent into a part of King City so bad it no longer has an official name on the map so it can be more easily forgotten, with only two unwanted rookies for staff (one who is the definition of unexceptional and one who has the “gall” not to be while also being a woman and black) and the thinly veiled insinuation that there will be no backup, no support, and no hope.

The brilliance of Goldberg’s tale in Tom’s approach to the difficulties that arise, and a writing style that provides vivd detail while keeping everything moving at a compelling pace. Tom doesn’t care about opinion nor playing nice, just about doing his job and sees his exile into the area nicknamed Darwin Gardens as a chance to do police work somewhere where it will matter. The procedural, mystery and relationship elements all rise naturally from the story and characters and blend amazingly well. There are some small conveniences of plot here and there, but generally everything is reasonably character driven and organic.

Overall King City is a captivating, excellent police procedural with a fascinating main character and a tremendous supporting cast.