When first read Corsair a few years ago, I thought I was reading the first of a short story series called Outer Pendulum. Corsair is a good little tale of a starship captain leading a fleet to protect a valuable freighter from the pirate who killed his wife. It has a lot of detail packed in a short length, and while some events and background could have used more explanation there’s a nice, character driven core plot to latch onto that unfolds well and tells what seems like a complete story. There was room for expansion, but Corsair had a beginning, middle, and end. 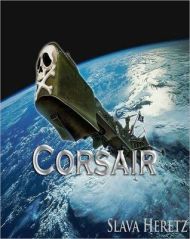 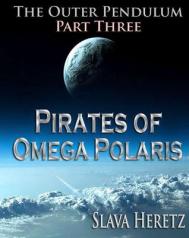 Now that I’ve finally gone back to read the other “short stories” in the series, I realize Outer Pendulum was actually supposed to be a “serialized novel,” not a series of short stories, and Corsair was actually its the prologue. Why does this matter to the point of so much explanation from me? Because Parts 2 and 3 are clearly chapters, and feel like it, rather than connected yet stand alone stories that can/should be sold individually. I highly enjoy series of connected stories. Buying a novel chapter by chapter on the other hand is not something I ever intend(ed) to do knowingly.

Part 2 took a different direction, featuring a reveal that took a lot of the impact and intrigue out of what happened in the first book, introducing new concepts and explaining them even less than Corsair did, and drastically reducing the scale of the story and subsequently making things less interesting. And it thoroughly felt like a chapter, with events happening but no complete arc and a huge cliffhanger for an “ending.”

Once I read Letter of Marque and realized its nature, even more warning bells went off about there only being one more part to read. Sure enough, Pirates of Omega Polaris is another chapter, not a finale, and it seems like the author decided to abandon this concept/book, as nothing further has been published going on five years now. I liked Part 3 better than Part 2 in general and a new character with some potential was introduced, but a lot of the developments felt forced and it was largely set up for a big future confrontation, which as mentioned doesn’t exist.

So this “trilogy” is a huge miss overall for me. Corsair was very engaging and had several great directions it could have been spun out into. Unfortunately the chosen direction wasn’t all that interesting and didn’t capatalize on the momentum, and between the odd structure choice and the series apparently being abandoned Parts 2 and 3 were extremely disappointing. I would still recommend checking Corsair out for a strong (if somewhat cliched) sci-fi short story, but stop there and pretend the “sequels” don’t exist.