I’m an avid gamer and have played a large variety of board games of different complexities and styles over the years. A particular type that has become more common recently is the cooperative game, where instead of competing against each other players work together to defeat the game itself.

In addition to being a nice change of pace and a fun and exciting genre, co-op games can also be a nice way to introduce new gamers to the hobby, as working with veteran gamers instead of against them can be less intimidating. I’ll include notes on how new gamer friendly each is, but in most cases having at least one experienced gamer playing to learn / explain the rules will be very helpful.

Here’s a sampling of diverse cooperative games that include several of my favorites.

Like Hanabi, Beyond Baker Street is a fun team game in which players can not see their own cards but received limited information from other players about them in order to figure out what to play when. Beyond Baker Street goes a couple steps farther than ordering cards within a color type to having changing total goals as well as a “time limit” of sorts and a general track that has to be exactly maxed out during the coarse of the game.

I enjoy the additional complexities this adds and experienced gamers will be able to jump right in here, but with new gamers I’d again recommend starting with Hanabi. Further thoughts here.

Easily one of my favorite co-op games of all time. Fairly easy to teach but has a lot of variation and depth. Best on its own or with the Ghost Moon expansion  (Black Secret has fallen flat with my group so far). Notorious for its difficulty, but we’ve found it challenging rather than frustrating. The changing board, player powers and enemy cards make every game significantly different, which greatly aids its longevity. I’ve had good reception playing this with both new and experienced gamers.

I love the way Mysterium takes the base concept of Dixit and expands it into not only a fuller game, but also cooperative one. One player is a ghost trying to point “psychics” (the other players) to possible culprits solely through handing out cards with abstract images on them. The multi-round elements where players can get further clues towards each of their personal cards to guess is fun, and taking the competitive aspect out of this type of interpretive exercise is nice.

Have tried this with a mix of veteran and new gamers, and everyone’s had a lot of fun with it (having an experienced gamer around to play the ghost is recommended though). Some aspects of gameplay are lost with less than 4 players, so while it’s playable with 2 or 3 bigger groups are better.

Project Elite has an aspect that other games on this list do not have: real-time sections. In between periods of common planning and upkeep of the enemy alien pieces, players frantically roll dice during two minute real-time periods during which they attack the aliens and attempt to accomplish their goals. There’s a fairly large learning curve to initally start playing, but once someone’s played once I think it’d be pretty easy to teach. This is frantically fun and having upkeep outside of the real-time play is a wonderful design choice. It feels almost video game like in a great way.

Ravens of Thri Sahashri is an asymmetrical two player game whose core concept requires both players having firm grasp of rules before play starts. The players are trying to complete certain goals while having completely different personal gameplay mechanics and communicating only through play choices.

Ravens has elements of deduction, press-your-luck card drawing, and color/type matching. There are tons of little rules working in concert, but the game does a lot with them and comes together mechanically and thematically. It takes some time to wrap your brain around, but I adored it once initiated.

For years this was my go-to cooperative game, and probably my most used to intro new gamers. The presence of different quests to do and a choice of activities is appealing, and the theme classic. It does have significant downtime between turns as the player count gets high, but is still a lot of fun. One barrier to entry here is the possible presence of a hidden traitor, secretly working to help the game defeat the players.  This can be difficult for new gamers as they can’t really ask for help with playing if they end up a traitor. Still, while newer games have replaced this a bit in our group this is  great co-op all around. 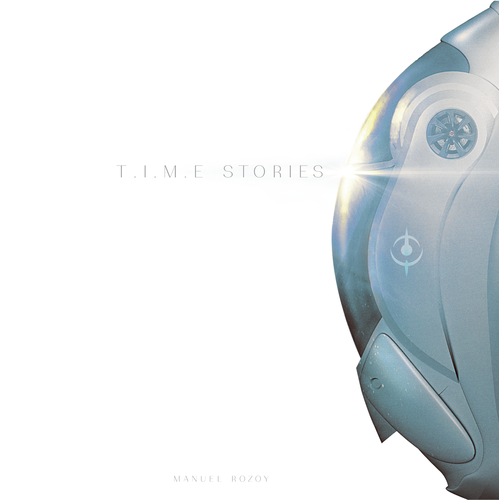 As much an experience as it is a game, T.I.M.E Stories provides a compelling and fun first mission as well as fantastic framework for future expansions/adventures. It’s hard to talk about in detail because of the exploration and story based nature of the game make any specific comments spoiler prone, but T.I.M.E Stories is a fun and immersive adventure that I highly recommend.

Because of that spoiler-ish nature, when starting with the base game mission everyone playing must be new to game. So unlike the other games on this list it’s not possible to have someone who’s previously played the game take part to teach and explain as things go. Experienced gamers don’t necessarily have an advantage here, but they might understand rules quicker

Hope this feature has been useful in shining a light on some gems in the cooperative genre. While these are some of my personal favorites there are many other excellent games of this type to discover.

5 replies on “Cooperative Gaming: Fun with a Common Goal”

So, Project Elite can be played by one player? I lost my group of people who I played MTG with so I’m on the lookout for something else…

Yes, although I haven’t tried it yet so not sure how it plays with one. I imagine it’s like Ghost Stories (which I have played several times by myself) – still a lot of fun solo but better when you have at least one other person to plan/cooperate/enjoy it with.

They’re not the type of “fighting off the hordes” games that those two are, but specifically solo games I’ve played and really liked include Hostage Negotiator, Onirim, and Sylvion.

Great post! I only just discovered cooperative board games. Been wanting try more and wasn’t sure where to start.

Thanks! Hope you find something here you enjoy. 🙂

While they’re not really to my personal tastes, Forbidden Island/Desert and Pandemic are other highly regarded co-op games that are often recommended for newcomers.

I will definitely give them a try. Thanks!