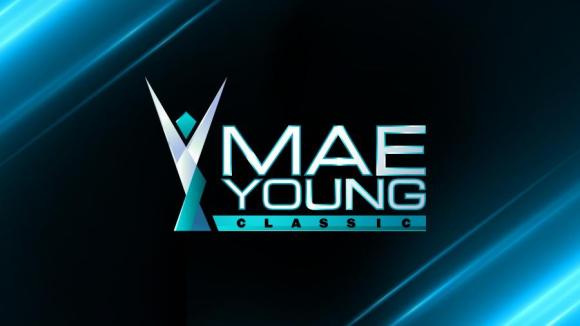 After four previous rounds featuring thirty matches it’s all down to Kairi Sane vs Shayna Baszler to see who will be crowned the inaugural Mae Young Classic winner.

I watched this live, so while it’s taken a while to catch up on writing up the previous rounds to get here the thoughts are from the initial airing. I wasn’t sure who would win. I predicted this final with Baszler taking it before the tourney started, but going into the match were reasonable arguments for either outcome.

My thoughts on round 1: episodes one, two, three, and four.

Round 2: episodes five and six. 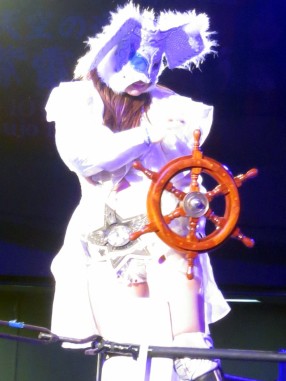 “I wanted to send a message. Everyone knows now. If people weren’t shaking in their boots before, they definitely are now.”

Great video package hyping the final, both highlighting the competitors and making winning seem important. Why this wasn’t all over RAW and Smackdown is beyond me.

There’s a special guest feature with interviews focusing particularly on HHH, & Steph, WWE’s 4 Horsewomen, some of GLOW’s cast, and MMA’s 4 Horsewomen (well, Rousey). Did it’s job to make this seem like an important event, although the continued not-so-subtle use of the tourney as a backdrop building a feud between the two 4 Horsewomen factions is a bit heavy handed.

The final video packages with the two competitors specifically addressing each other were incredibly well done. Shayna talking about Kairi’s perseverance and wanting to finally break her will in front of her fans while Kairi acknowledged Shayna as a MMA star but said it doesn’t matter because wrestling is “my turf” was pitch perfect.

Lots of crowd shots of attendees such as Beth Phoenix, Alundra Blayze, prior round competitors, etc.

Around ten minutes of well done hype is over and it’s time for the match to start.

Commentary highlights past accomplishments of both participants during entrances, including the fact that both have won important tournaments in their areas of expertise in a really nice touch. They’re walking a fine line of trying to make Shayna seem dangerous and dominant while still making it believable that Kairi has a legitimate chance against her, and doing it quite well. Specific mention of Kairi being a top star and multiple champion in Stardom.

Kairi showing no fear in the face of the 6 inch taller and about 50 pound heavier Baszler, raising her elbowpad defiantly into Shayna’s face during the ring announcements. Crowd is split and vocal.

The first exchange features Shayna going for submissions and Kairi reversing them into pin attempts. Great way to start. From there the story is Baszler’s strength, submission skills, and powerful strikes against Kairi’s speed, resiliency, and experience edge.

As I’ve stressed before Kairi’s selling is absolutely amazing. Little touches in the way she reacts to being hit and the pain she conveys when trapped in submissions makes everything Baszler does seem that much more lethal.

As the match goes on Shayna focuses her attack on Kairi’s elbow and Kairi targets hers on Shayna’s ribs. Nice strategy and psychology. It paid off in spades for Kairi in wonderfully logical fashion when she was able to land shots to Baszler’s ribs to become the first person to break out of Shayna’s deadly Rear Naked Choke. Great tease of a finish there as Baszler had reversed Kairi’s top rope forearm into the choke and it was a plausible end to the match.

Other highlights included them exchanging hard shots on the top turnbuckle leading to Kairi nailing a hanging double stomp, a beautifully targeted sliding forearm in the corner again to Shayna’s ribs, and of course the InSane Elbow connecting to give Kairi the win and the tournament.

Shayna accepted Kairi’s help to get to her feet afterwards and hugged Kairi in a gracious show of respect in defeat. It was the right call – Baszler’s heel persona can be reenforced later. Baszler sold the ribs constantly during the aftermath. HHH, Steph, and Sara Amato come in to congratulate Kairi and present her trophy, and we end on her celebrating her victory.

Winning the MYC put Kairi in the title picture for Asuka’s vacated NXT Women’s Championship, and Baszler has since been officially signed and I’d imagine is likely to show up directly on the main roster at some point to jumpstart a 4 Horsewomen feud.

Great endcap to a great tournament overall, and it was wonderful to see this spotlight on women’s wrestling featuring so many exceptional competitors.