Being the first Ice Ribbon dojo show of October makes this a Shutter Ribbon, with pictures allowed. Combined with the special Aoi Last Ribbon show a week earlier and it was an unusual two shows in a row that could be photographed.

This was two days before Oktober Ice Ribbon Fest at Korakuen Hall, and opponents in two key matches for that show would be on opposite sides of the ring in tag contests. 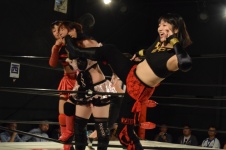 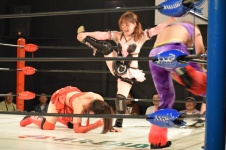 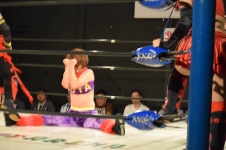 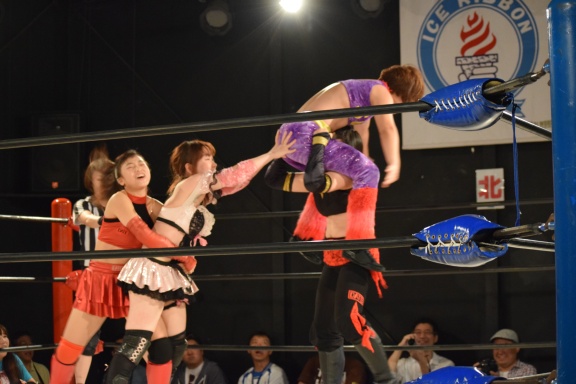 Things started out with Team DATE (Karen & Nao) vs Miyako Matsumoto & Uno Matsuya in a good match with some really amusing / great counter exchanges. The personalities of all four came through and made this a lot of fun. Little touches like Miyako getting a little more serious but still having to be herself (her going from the Mama Mia pose into a kick, for example) really add nice layers of depth. Still wish regular teams / groups losing to random pairings wasn’t such a theme in Ice Ribbon, but the match was great otherwise so it’s a minor complaint here. 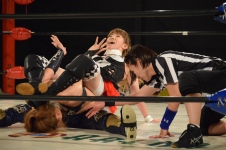 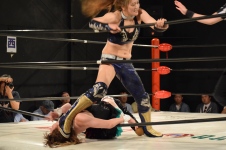 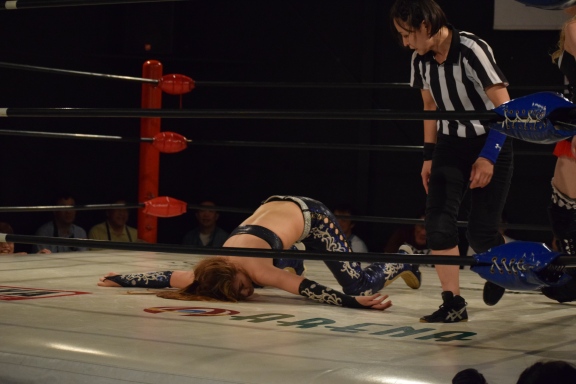 Maya Yukihi vs Tequila Saya was incredibly well structured, with Saya fighting tooth and nail for her big move (a reverse pedigree) and Maya desperately countering several times before Saya finally hit it. Maya appropriately sold like it molten death. While I understand Saya was never winning this match, I wish they had at least done the foot on the rope escape for that. But Maya did kick out at the LAST possible second and made it look fearsome. This was top notch work from both, and a great example of how a simple focal point to build a story around can really enhance a match. 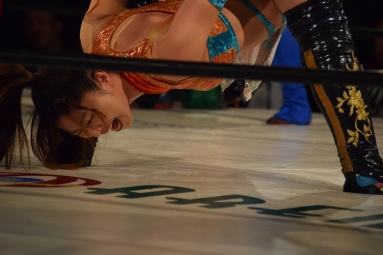 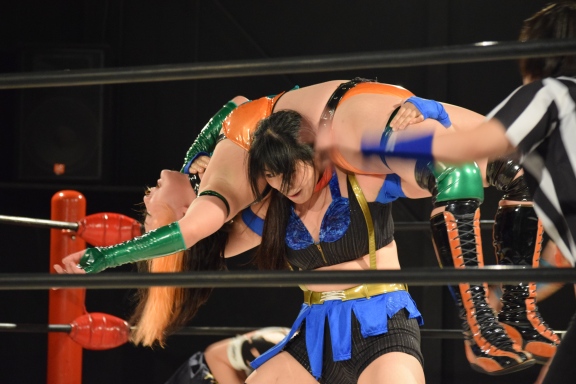 With a special challenge match against each other set to open the 10/8 show, reigning ICE Cross Infinity champion Tsukasa Fujimoto and Risa Sera faced off in tag action here teaming with Akane Fujita and Maika Ozaki respectively. I liked these teams and the chemistry between the four a great deal. Fast paced, exciting action from this one with several really cool counters worked in. Tsukka’s team picked up the win and momentum going into 10/8.

In the main event, Mochi Miyagi & Kyuri faced Tsukushi & Giulia. International Ribbon tag team champions The Lovely Butchers (Mochi & her regular partner Hamuko Hoshi) would be defending in the main event of the 10/8 show against This Is Ice Ribbon (Tsukushi & Kurumi Hiiragi, who vacated the belts when Tsukushi had her hiatus and career reset last year).  There was a lot of tension between the impending tag title opponents, with Kyuri and Giulia’s involvement breaking things up a bit to let the anticipation grow.

Everyone looked good and this was a solid way to cap off the show. Tsukushi built some momentum going into her title shot with a victory, but she beat Kyuri, not Mochi. Kyuri losing also progressed the issue with her own regular partner  Maika temporarily splitting their team because she thought Kyuri wasn’t serious enough about winning. 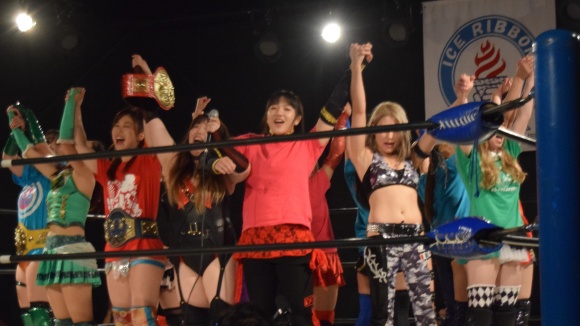 During the post show roundtable Mochi and Tsukushi got in each others faces, and Mochi pissed Tsukushi off so much she bailed to the back and never came back out for merchandise/photos or anything after the show. Really nice job building the feud going into an important title match. 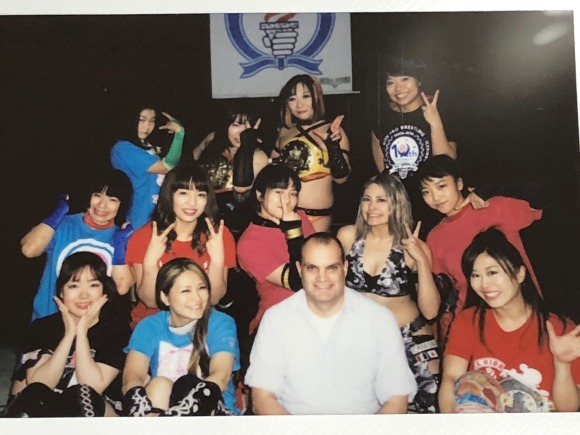 I’d have to watch again on DVD to be sure, but live this felt like one of the best dojo shows I’ve ever seen from Ice Ribbon. Interesting matchups, great psychology and ringwork, and well done build for ongoing feuds and the upcoming big show at Korakuen.

[…] win. Solid match, with Mochi and Tsukushi’s simmering animosity that bubbled over in at the dojo show days before providing a strong central emotional core to build around. Afterwards all was […]