During my first trip at the end of 2015 to Japan I became a huge fan of Ice Ribbon, and follow them to this day. I had my first exposure to several would-become-favorites during that time, including the then reigning Ice Cross Infinity Champion and recently retired Aoi Kizuki.

During my first Ice Ribbon show, which was also my first ever live show in Japan, there was another wrestler who really impressed me in the same tag match as Aoi. But in contrast to Aoi being a 10-year veteran, this was a relative rookie with just under 2 years in the sport. 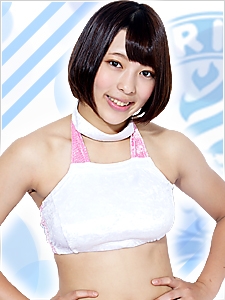 Yuuka, nicknamed the “White Angel of Ice Ribbon,” wowed me with her instincts and level of skill for her experience and 17 years of age. She presented herself in a way that made an immediate impact, including a ring style that showcased hard strikes and fierce determination in a thoroughly compelling manner.

Throughout the trip I got to see Yuuka in four other matches. On Neko Nitta’s Produced show she faced normal tag partners Risa Sera and Maya Yukihi in an interesting triple threat, and my final Ice Ribbon show of the trip saw her team with Hamuko Hoshi opposite Aoi again, this time in a 6-woman tag with Maruko Nagaski as their third and Akane Fujita & Mochi Miyagi on Aoi’s side. 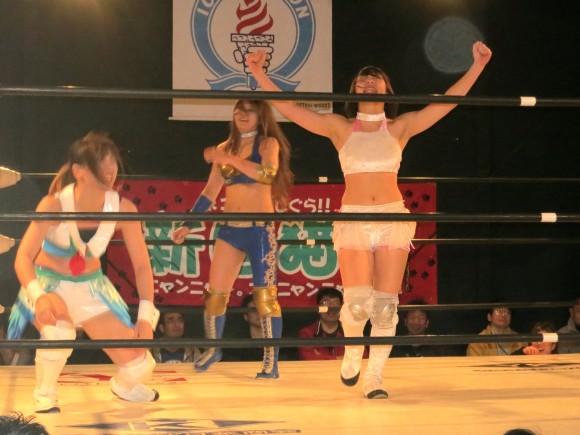 In between those shows were two matches I look back on particularly fondly. On Risa Sera’s 2nd Produced show Yuuka was part of a rather hilarious cell phone destruction match, and on Ice Ribbon’s biggest show of the year Yuuka got nice singles spotlight against fellow up and comer Sareee in perhaps my favorite of the live matches I saw with her.

I wouldn’t return to Japan until the following holiday season, so those were my only opportunities to see Yuuka wrestle live. But the first half of 2016 held a number of other interesting things for her. She had a fun rivalry/partnership with another favorite of mine in Wave’s veteran Misaki Ohata (who also recently retired … been a rough year or so), won the Young Oh! Oh! portion of Wave’s annual Catch the Wave Tournament, then was built up to challenge Risa Sera for the Ice Cross Infinity Championship to main event Ice Ribbon’s 10th Anniversary show in what has to be considered her career highlight.

Yuuka had an energy and commitment to whatever story she was telling that was captivating. Little details in her matches, her body language and facial expressions, and the general way she carried herself added tons to her character and made her a joy to watch. 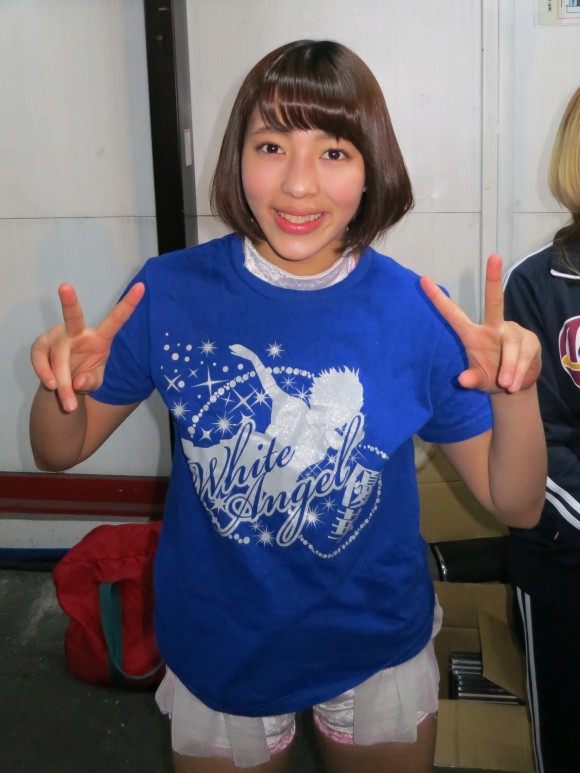 Yuuka’s last match was in mid-July 2016, after which she went on hiatus for undisclosed reasons. But she was still listed as part of the Ice Ribbon roster on their webpage with an implied possibility of return until recently. On March 25, 2019 her retirement was officially announced. She was one of the young wrestlers who left a great impression on me, and I’ve mentioned before she certainly had the potential for a big career ahead of her if she continued.

While it’s a shame that didn’t come to pass and I miss seeing her in the ring, I’m always happy and supportive of seeing people do what’s best for them and I wish Yuuka all the best in whatever’s next.

2 replies on “Farewell to an Angel: Yuuka’s Retirement”

[…] this. She took a hiatus in July 2016 which she never returned to the ring from, and officially retired in […]