“Based on an actual lie.”

Billi’s family moved to New York when she was young, but she remains close and in touch with her grandmother. When her grandmother is diagnosed with cancer and given just a few weeks to live, Billi makes a difficult trip back to China under the pretense of a family wedding to see a loved one who hasn’t been told she’s dying. 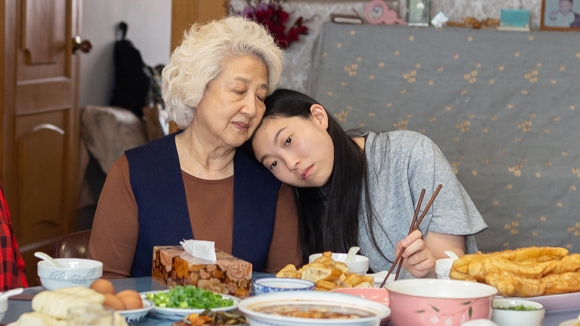 Let’s just state things up front: The Farewell is FANTASTIC. It’s an emotional, genuine feeling depiction of a family making, arguing about, and going through with a tough decision as they seek to bear their matriarch’s potential emotional burden in her stead.

Director/writer Lulu Wang built off of personal experience and presents a deeply resonant story that transcends the specifics of the involved cultures while lovingly embracing them and making the pressures and beliefs that motivate the characters understandable to all viewers. There’s an incredibly authentic feeling of family permeating the film that’s completely relatable at the same time it presents weighty glimpses into a culture that isn’t my own. Flashes of humor, awkwardness, conflict, love driven actions both admirable and misguided, etc make Billi’s family feel real in way seldom so perfectly captured in any form of media.

But even beyond the deft presentation of the subject material and masterful acting (particularly by lead Awkwafina, who spends the film completely torn and wrecked over figuring out what the right thing to do is) that captivated me as I watched, the film shines even further through brilliant cinematography. I don’t often get into camera treatment, etc because it should be largely invisible when done right. And it is both here, but the stunning way everything’s done to heighten emotion and drawn the viewer in deserves special mention.

The way scenes are framed, the general use of when longer range shots that let emotion sit for a moment when it needs to and magnifies the impact of the film’s few close ups when they happen, etc all combine to create a very real feeling of being present and included in the events. I didn’t feel like I was watching Billi’s story, I felt like a was there. I can’t overstate what a difficult and impressive achievement that is.

A day later and I still feel the full impact of the thoughts and emotions swirling about in the wake of seeing The Farewell. Excellent in pretty much every possible aspect of it’s creation, appropriately tough to watch in parts, bittersweet, and genuine, I can’t recommend this engaging, thought provoking, emotional gut punch of a film enough.