The timing of my previous trips along with scheduling issues meant that while I’ve seen several of their stars elsewhere and am a huge fan of Meiko Satomura and Dash Chisako in particular, I had never gotten a chance to see a Sendai Girls show live. I was extremely pleased to finally change that. 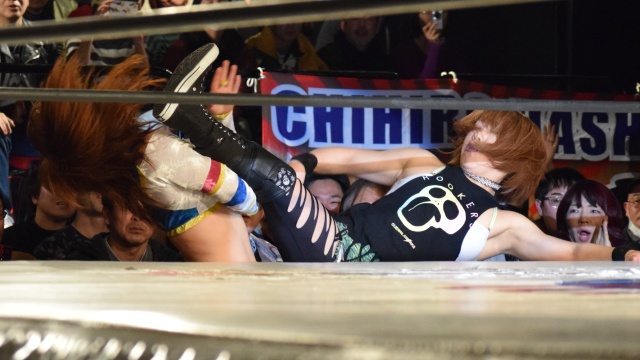 The show opened with a short match that saw Ami Sato defeat Manami. There was some awkwardness, but overall it was a decent showing for the two rookies (both debuted in the previous summer). Manami impressed me slightly more personally, but the rest of my group thought Sato looked a bit better. Both have a lot of potential and I hope to see more of them. 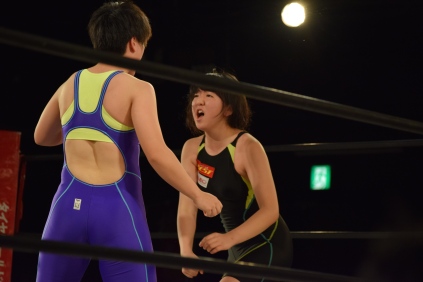 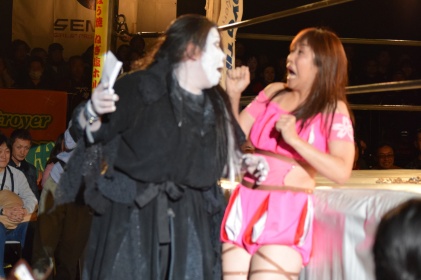 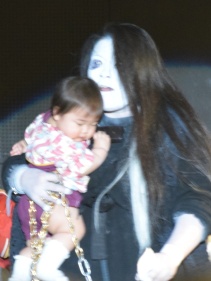 In my first look at the rather curious Eiger, she had a curious contest with Sakura Hirota. Of course with Hirota this was comedy based and was decent, with enough framework to follow even if I didn’t catch all the nuances. Eiger ran off with an amusingly content daughter of Hirota after winning. 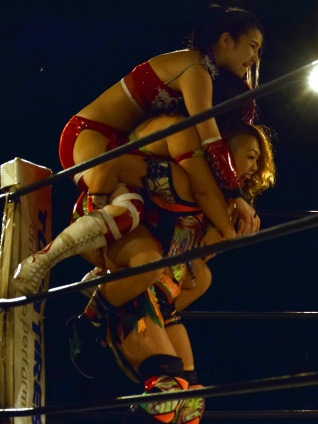 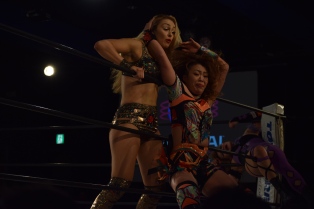 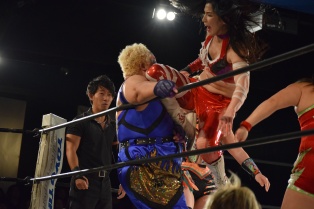 There was an incredible amount of star power in the 6-woman tag featuring Sendai’s Champion Chihiro Hashimoto teaming with Hiroyo Matsumoto & Hikaru Shida against Aja Kong, Cassandra Miyagi & Heidi Katrina. I’m more and more impressed ever time I see Chihiro, and I’ll NEVER get tired of seeing Kong and Hiroyo across the ring from each other. The enigmatic Cassandra also had a strong showing here, until accidentally eating a trash can shot from her own partner leading to Chihiro’s team emerging victorious. Fun stuff. 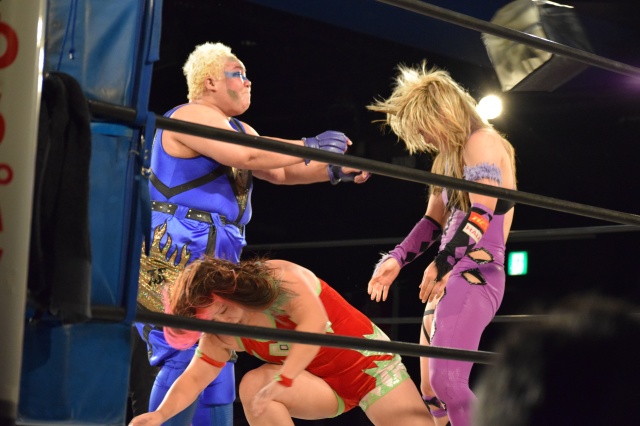 In a tag match that seemed to be featuring intertwining feuds Strong Style Rush (Alex Lee & Mika Shirahime) faced Hana Kimura & DASH Chisako. Was great to see Hana here as I unfortunately did not make any Stardom shows this time and she looked really good in almost a babyface role against apparent rival Alex Lee. 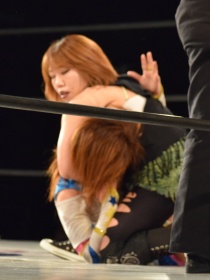 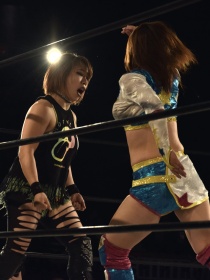 Dash has a “controlled” charisma that is so unique and fits in with her incredible ring work perfectly to make her one of the most compelling wrestlers in the world, and she was once again spot on in this match. Also her music kicking in while she brawled outside was new to me and completely awesome.

After she and Hana put down Strong Style Rush in a great tag match Dash pointedly taunted Mika before leaving. 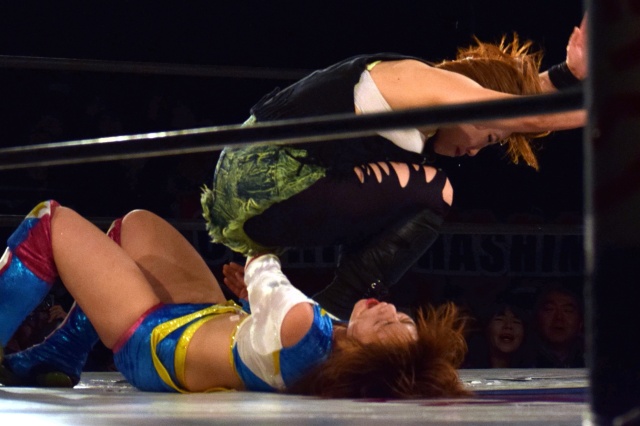 The main event featured my most anticipated match of the trip as two legends did battle one on one with Ayako Hamada facing Meiko Satomura.

The preview of this in a tag match at Thanksgiving Wave was a perfect way to amp up anticipation, which was already through the roof considering who was involved. With the #1 contendership on the line there was even more urgency. Hamada seemed to be building up to a title shot, and indeed she eventually prevailed over Meiko after an absolutely brutal match. Totally the expected phenomenal showing from two masters, and it was a privilege to be there for it. 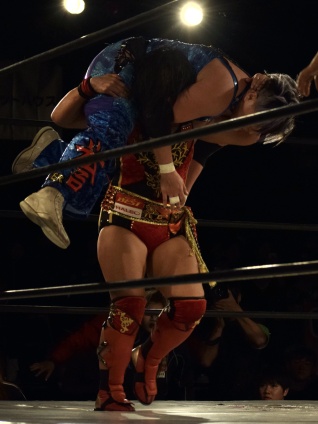 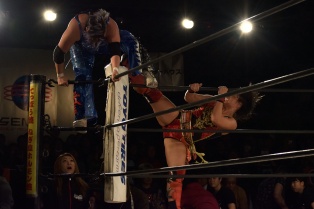 Two shorter opening contests that served their purpose followed by three well paced, increasingly excellent 15 minute plus matches in the second half made this an absolute breeze (and a joy) to watch. One of the best shows of my trip against a strong field, and what an incredible way to finally be properly introduced to Sendai Girls. 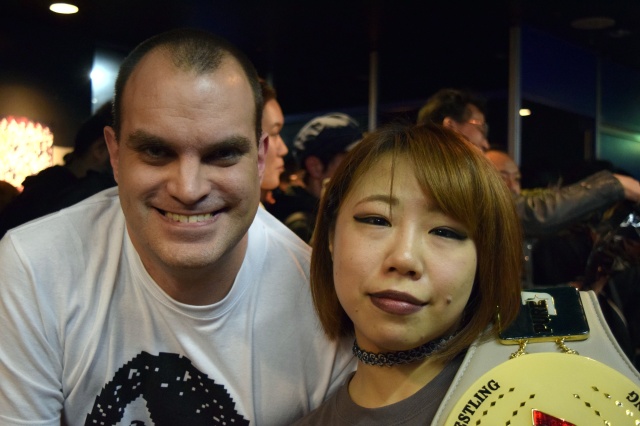