As I’ve done in the past I recently took advantage of a long plane ride to catch up on a movies I’ve been meaning to watch. Here are brief thoughts on a couple films I checked out this time (with a thematic link this time 😉 ).

Venom (in some of his encarnations at least) is one of my favorite comic book characters. I was gutted at the mishandling of his prior cinematic appearance. So I watched this with a bit of trepidation, even though the previews looked decent.

And to be honest the character has potential for a more nuanced story/adaptation than what we got here. I also wasn’t thrilled with the casting/approach of a key cameo at the end.

But this was pretty awesome otherwise. While it wasn’t perfect the approach to Venom’s character is still great, he looked right, and Hardy is perfect as Eddie Brock. The story was solid enough, and most importantly this movie was fun.

I can understand wanting something else, and even within the direction they chose to take I would’ve liked some of the details done differently, but this was a surprisingly good take overall.

Spider-Man: Into the Spiderverse

“You wanna know what happened next? Me too.” 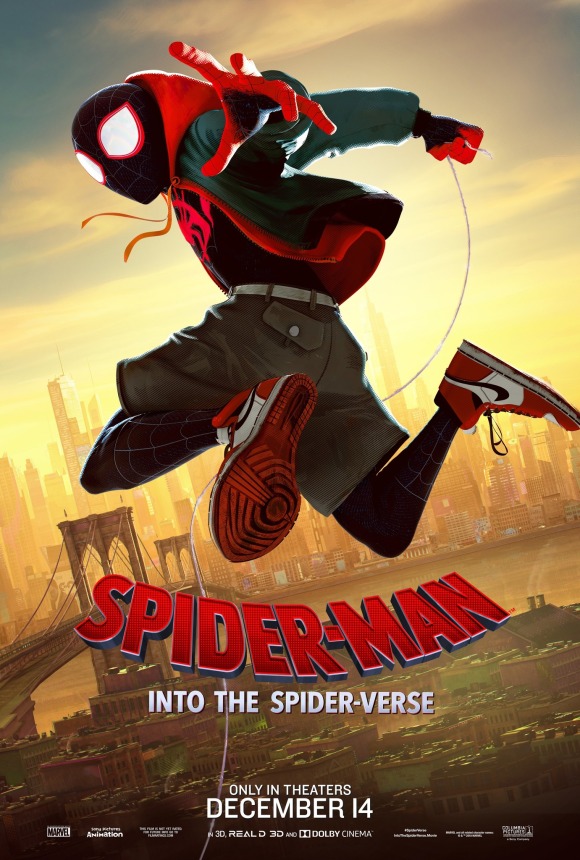 It took me way too long to get around to watching this masterpiece, and I regret it. Simply incredible. Go in with as little foreknowledge as possible and enjoy the ride. I refuse to say more because in the unlikely case someone reading this is still unspoiled it’d be awful of me to do so. This is a creative, clever, unique masterpiece.

As a big childhood fan of Spider-Man comics, it was treat to see and enjoy both of these. Admittedly there’s a gap here as one’s “quite good for what it is” and the other is transcendent, but they’re both well worth watching if interested.