Like last year, I was lucky enough to spend two and a half weeks in Tokyo to close out 2016 / start 2017. Here I’ll be going over my top 5 matches from this year’s trip. See part 1 for some general info and stats about what I saw, honorable mentions for this top 10 list, and matches #6-10.

Match reviews copied/modified from my show specific blogs when possible/appropriate.

I’m pleasantly surprised at how many rookies made this top 10. I did a spotlight on several of them, all of which have bright futures ahead. Check it out here. 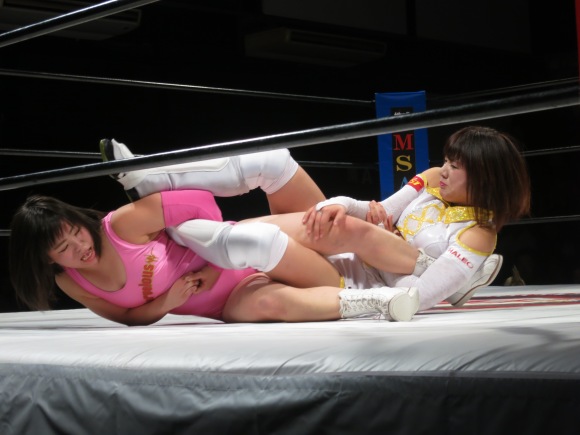 I mentioned this match when talking about Mio’s performance in the 7-way at Ribbonmania (#7 on this list, featured in part 1). It was a perfect storm of excellent chemistry between opponents and both performing at a level far beyond their experience levels. Incredible instincts and craft were shown by both rookies, who built drama expertly through the 15 minute encounter and had the crowd going crazy at the end. There were a couple awkward spots, such as an instance from each where they essentially forgot to roll up their opponent, forcing the other to kind of roll herself up and wait for the other to get in proper position. But otherwise this was smooth and well executed. And even in the places I mentioned the ability of the other wrestler to adapt and keep things on track was impressive.

I was at Mio Momono’s debut in New York, and it’s wonderful to see how much she’s capitalized on the potential she showed even then. Her progression in 10 months was incredible. Can’t wait to see what the future holds for this extremely talented youngster.

I was a bit trepidatious headed into this match, as I generally don’t care for the Butchers’ gimmick, and signs seemed to be pointing towards them dethroning my current favorite tag team for IR’s tag team titles. Mizunami won Wave’s (her home promotion) singles title the night before, and Misaki was declared her #1 contender. Between the roll the Butchers had been on and the new status quo in Wave, it would have made sense for AR to begin dropping their tag titles here (they held the Wave tag titles too).

But I find Hamuko and Mochi vastly more entertaining when they get serious, which they did here to great benefit. They went toe-to-toe with Misaki and Ryo, leading to an excellent match. A particular highlight was an intense lariat exchange between Hoshi and Mizunami, who both throw them with incredible force.

In a pleasant surprise for me, Avid Rival persevered and retained their International Ribbon titles when Misaki hit her beautiful Sky Blue Suplex (bridging half wrist clutch tiger suplex) on Mochi. Kudos to all four here. Fantastic stuff. 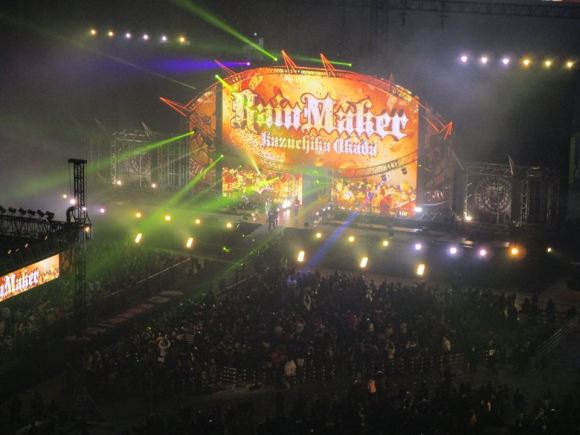 The so called “Six Star Match” was admittedly fantastic, if not quite what the hype suggests. Okada and Omega built to a tremendous crescendo while telling a solid story of the cocky Omega being assured victory if he could hit the One Winged Angel, with the champion avoiding it at every turn until he simply outlasted the challenger and beat down Omega until he just couldn’t continue. They had a good first half of a match that felt largely unconnected to the phenomenal second half once they really kicked into gear. 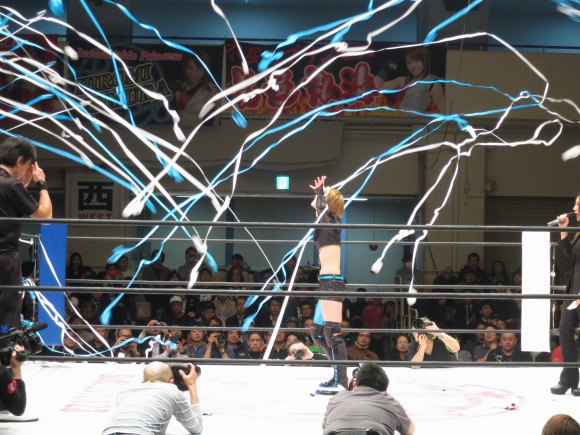 In the main event of last year’s Climax Io Shirai claimed the World of Stardom title from  Meiko Satomura in one of my top five matches from that trip. In this year’s main she defended that same title against her former Thunder Rock partner Mayu Iwatani.

This was a great, pedal-to-the-floor main event with tons of jaw dropping exchanges from two pros extremely familiar with one another. Highlights include Mayu hitting dragon suplexes on the apron and floor (ouch!), trying for one from the top rope only to have Io flip out and LAND ON HER FEET, and a trio of rolling Germans from Io that has to be seen to be believed. Strong back and forth contest and an incredible main event. 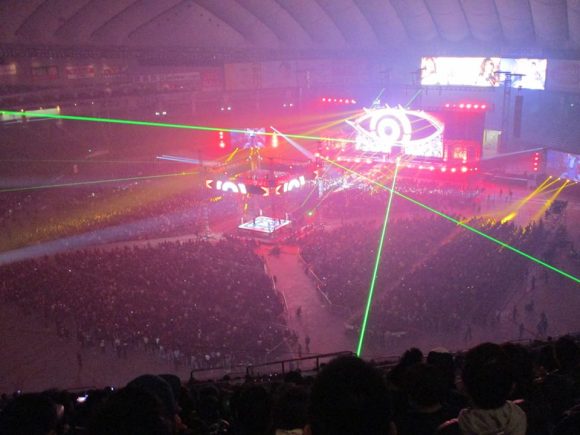 … so here it is. In what I’m sure will be a largely disputed opinion I enjoyed the semi-main of Wrestle Kingdom 11 a bit better than the main. Naito and Tanahashi built an amazing back and forth struggle from start to finish. The tension gradually ramped to build to a perfect crescendo. Naito is in such command of his character now and the little touches he brings to his performances are a joy to see. Tanahashi is as always wrestling’s rock star. Definitive win for Naito too, which was 100% the right call.

That does it for this trip. Hope you enjoyed reading about these great matches. Everything I’ve mentioned is well worth seeking out if possible.

I’m wih you when it comes to Omega vs Okada II. It was good, the second half was great, but I think their match from the start of the year was better. And the best match from the event was for me Kushida vs Takahashi.

[…] What a great pairing. Mio’s the hottest rookie there is right now (as I’ve mentioned many times), and Yumi’s a consummate veteran and the perfect opponent for […]